Jim Jackson Net Worth: Jim Jackson is an American retired professional basketball player who has a net worth of $15 million. Jim Jackson was born in Toledo, Ohio in October 1970. He played basketball at Macomber High School. He helped lead his team to a Division I state championship in 1989 and was a McDonald's All American. Jackson attended Ohio State University and started as a freshman. He was named Big Ten Player of the Year and a Consensus first team All-American in 1991 and 1992 and was the UPI College Player of the Year in 1992. His #22 was retired by Ohio State in 2001. Jackson was drafted #4 by the Dallas Mavericks in the 1992 NBA Draft. During his career he played for the Mavericks, New Jersey Nets, Philadelphia 76ers, Golden State Warriors, Portland Trail Blazers, Atlanta Hawks, Cleveland Cavaliers, Miami Heat, Sacramento Kings, Houston Rocks, Phoenix Suns, and Los Angeles Lakers. During his NBA career he averaged over 14 points a game. Jackson won a Bronze medal representing the United States at the 1991 Pan American Games. He was the last L.A. Laker to wear the #24 before Kobe Bryant. Jackson works as a basketball analyst for the Big Ten Network. His son Treavon Jackson plays for the University of Wisconsin Badgers. 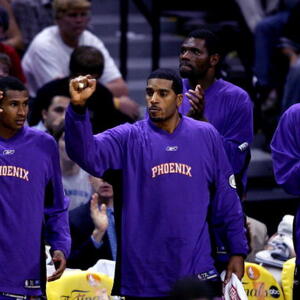