How much is Jerry Stackhouse Worth?

Jerry Stackhouse is a former American professional basketball player who has a net worth of $60 million During his 18 season NBA career, Jerry Stackhouse earned $84 million in salary alone. More recently, he has worked as an NBC TV analyst. Jerry was born on November 5, 1974 in Kinston, North Carolina. During his high school career, he led Kinston (N.C.) high school to the state finals. During his senior year he led Oak Hill Academy to an undefeated season, as well as a two-time first team Parade All-America selection the MVP of the McDonald's Game. During the 1992 Nike Camp, he was considered along with Rasheed Wallace to be the top player at the camp. He was picked by the Philadelphia 76ers as a third round draft pick in the 1995 Draft. During his first season with the 76ers he averaged 19.2 points per game. He was named to the NBA's All-Rookie team. Stackhouse joined the Atlantic Hawks in 2011 as a replacement for injured teammate Joe Johnson. He was a representative in the Haier Shooting Stars Competition during an NBA All Star weekend. Today Jerry works as an assistant coach for the Toronto Raptors. 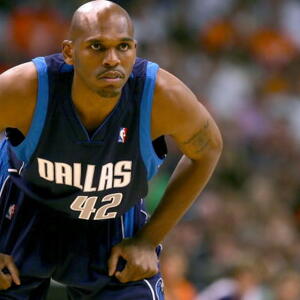