Jerome James Net Worth: Jerome James is an American professional basketball player who has a net worth of $16 million. Born in 1975 in Tampa, Florida, Jerome James played college basketball for the Florida A&M University Rattlers near his hometown from 1995 until 1998. The Sacramento Kings drafted James with the 36th overall pick during the second round of the 1998 NBA Draft.

Before he ever suited up in the NBA, James joined the Harlem Globetrotters for the 1998 season. He made his pro debut in 1999 with the Kings before returning to the Globetrotters from 1999 until 2000. James then played overseas for several seasons, first with Montenegro's KK Buducnost from 2000 until 2001 and France's ASVEL Villeurbanne in 2001. He then returned to the NBA in 2001 as a member of the Seattle SuperSonics, where he stayed until 2005. James later played with the New York Knicks from 2005 until 2009 before finishing out his pro playing days with Puerto Rico's Caciques de Humacao in 2012. He earned several honors throughout his career, including two-time All-MEAC team honors. He led the NCAA Division 1 in blocks in both 1997 and 1998. He won the 2001 Yugoslav Basketball League championship with his team. James played in more than 350 NBA games during his career, averaging 4.3 points per game. He appeared in the postseason three times. 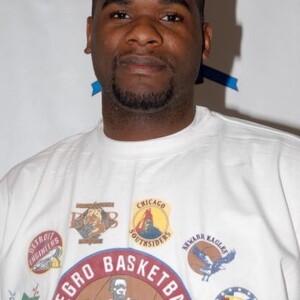