What is Jeremy Lin's net worth?

Jeremy Lin is a retired American professional basketball player who has a net worth of $36 million. At the end of his career he played for the Chinese Basketball Association's Beijing Ducks. Before this, he played in the NBA for the Los Angeles Lakers, Charlotte Hornets, Atlanta Hawks, Toronto Raptors, Houston Rockets, Brooklyn Nets, and the New York Knicks. Among his distinctions, Lin is the first American of Chinese or Taiwanese descent to play in the NBA, and the first Asian-American to win an NBA championship title.

In 2012, while playing for the Knicks, after teammate Baron Davis was injured, Lin got his big shot as a starter. He went on to lead the Knicks to 7 straight wins and launched what the sports world is referring to as "Linsanity".

In 2012, when "Linsanity" first kicked off, Jeremy Lin was playing out the second year of a two year contract that originated with The Golden State Warriors, but was acquired by the Knicks. After the 2012 season Lin was a restricted free agent which meant he could seek offers from other teams but the Knicks had the right to match. At this time NBA players with two years experience in the league were only eligible to receive offers $5 million in their third year of play but after that all bets are off. He ended up signing a contract with the Houston Rockets, where he played from 2012 – 2014 before he was traded to the Lakers followed by the Hornets, the Nets and the Raptors. Jeremy won an NBA championship with the Raptors in June 2019. By that point he had earned $51 million from endorsements alone during his career.

Jeremy Lin signed his Nike deal as a relatively unknown member of The Golden State Warriors so the original amount was not significant. Unfortunately for Lin, in The NBA players do not benefit directly from their jersey sales. The league shares and splits the profits evenly among teams and players. At his peak, Jeremy was the highest selling jersey in the league. 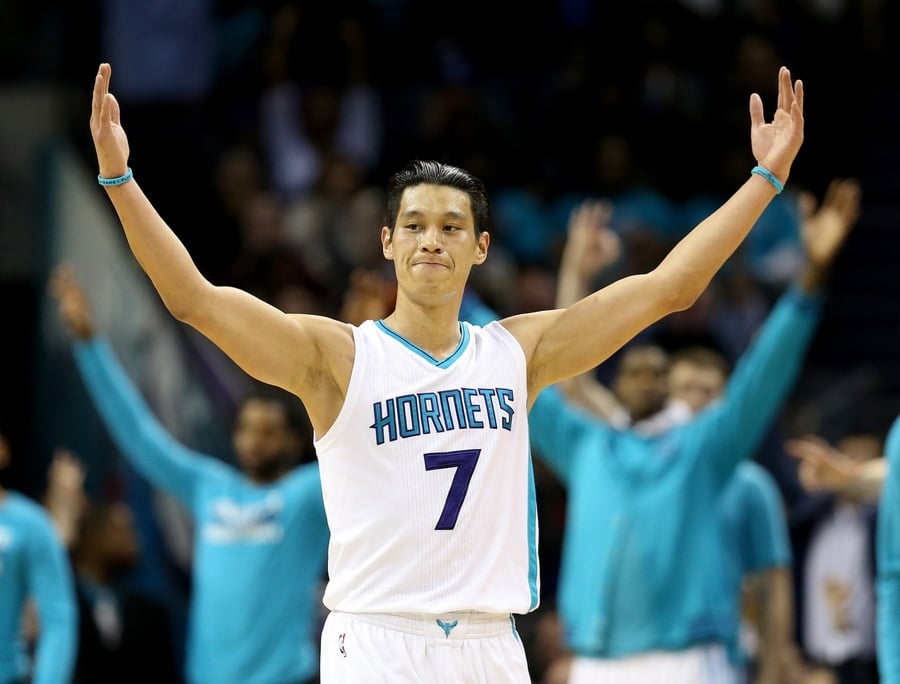 Jeremy Lin was born in 1988 in Torrance, California and raised in the Bay Area in Palo Alto. His parents, Taiwanese immigrants Shirley and Gie-ming, came to the United States in the 1970s, first settling in Virginia before attending college in Indiana. Lin has an older brother named Josh and a younger brother named Joseph. All three were taught to play basketball by their father at the local YMCA; additionally, Lin played in a National Junior Basketball program his mother helped form. As a senior at Palo Alto High School, Lin captained his basketball team to a 32-1 record and the California Interscholastic Federation Division II state title. In recognition of his success, he was named first-team All-State and Northern California Division II Player of the Year.

Although Lin wished to attend nearby Stanford University, he was unable to go when the school didn't offer him a scholarship. Instead, he went to Harvard, where he was named to the All-Ivy League Second Team in his sophomore season. By his junior year, Lin was the only NCAA Division I men's basketball player ranked in the top ten of his conference for scoring, assists, and steals, among other areas. As a result, he was a consensus pick for the All-Ivy League First Team. For his senior year, he was once again a unanimous selection for the same honor. Lin achieved national attention for a game against the Connecticut Huskies, in which he scored a career-best 30 points. He finished his collegiate career as the first-ever player in the Ivy League to record at least 1,450 points and 450 rebounds.

Failing to be drafted out of college, Lin ultimately signed with his hometown Golden State Warriors in 2010. However, he seldom played during his rookie season, instead receiving assignments to the NBA Development League. In late 2011, Lin was waived by the Warriors, and claimed by the Houston Rockets. After playing seven minutes in two pre-season games in Houston, he was waived by the Rockets.

Lin joined the New York Knicks for the 2011-12 season. Initially, he played sparingly for the team, and was again sent to the NBA D-League to play for the Erie BayHawks. In early 2012, however, Lin was promoted to the Knicks' starting lineup, and went on to lead the team on a seven-game winning streak. Not only did his incredible playing during the season help the Knicks make the 2012 playoffs, it also launched him to international stardom. The craze surrounding Lin's meteoric rise became dubbed "Linsanity." He appeared on the covers of both Time and Sports Illustrated, and was listed as one of the most influential people in the world in the Time 100. In July of 2012, Lin won the ESPY Award for Breakthrough Athlete of the Year.

Back to the Rockets

Lin was traded to the Los Angeles Lakers in 2014. During the season, he managed to shoot a career-best 36.9% on his three-pointers. However, his role with the team was largely undefined, and he struggled under coach Byron Scott's offense. Subsequently, in July of 2015, Lin signed a two-year contract with the Charlotte Hornets. He had a good season with the team, scoring a season-high 35 points in a December game against the Raptors. The season came to an end after the Hornets were defeated in the first round of the playoffs by the Miami Heat.

In July of 2016, Lin signed a three-year contract with the Brooklyn Nets. Although he was beset with injuries for a large part of the season, he finished with a respectable 14.5 points and 5.1 assists per game. However, the next year, Lin had to miss the majority of the season after suffering a ruptured patellar tendon in his right knee.

Lin was traded to the Atlanta Hawks in 2018; the team intended for him to become a mentor to rookie point guard Trae Young. However, in early 2019, Lin was waived by the Hawks. He was quickly signed to the Toronto Raptors, where he initially struggled. Although still somewhat impeded by his old knee injury, Lin bounced back to lead the Raptors to the NBA Finals. The team ultimately won the series in six games over the Warriors, making Lin the first Asian-American player to win an NBA title.

In August of 2019, Lin signed with the Beijing Ducks of the CBA. He finished his first season with averages of 22.3 points, 5.7 rebounds, and 5.6 assists. During the offseason, Lin returned to the NBA to play for the G-League's Santa Cruz Warriors. 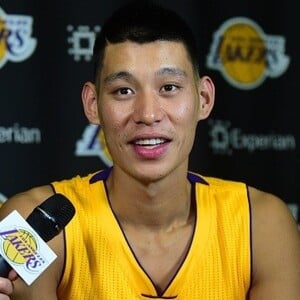