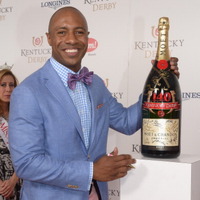 Jay Williams Net Worth: Jay Williams is an American retired professional basketball player who has a net worth of $4 million. Jay Williams was born in Plainfield, New Jersey in September 1981. Williams played for Duke University. As a standout college player he won an NCAA Championship at Duke in 2011. He was named a Consensus first team All-American in 2011 and 2002 and was named NABC Player of the Year for both years. Williams was a two time All ACC First Team player in 2001 and 2002 as well. In 2002 he won the Naismith College Player of the Year, Oscar Robertson Trophy, John R. Wooden Award, Adolph Rudd Trophy, Sporting News College Player of the Year, and AP College Player of the Year. Jay was drafted #2 by the Chicago Bulls in the 2002 NBA Draft. He also played for the United States national team at the 2002 FIBA World Championship. In 2003 he crashed his motorcycle and became injured. The Bulls waived him and gave him $3 million. He was signed by the New Jersey news in 2006 but was later released. He signed with the Austin Toros of the NBA Development League but was waived. He now works as an ESPN college basketball analyst.