Javaris Crittenton net worth and salary: Javaris Crittenton is an American former professional basketball player who has a net worth of $10 thousand dollars. Born in Atlanta, Georgia, Javaris Crittenton graduated from Southwest Atlanta Christian Academy, where he was named a McDonald's All American, and achieved a 3.5 GPA. He spent one successful season at Georgia Tech, before leaving college to play in the NBA.

He was drafted by the Los Angeles Lakers in 2007, and showed great promise during Summer League play. However, he was traded to the Memphis Grizzlies in early 2008. After playing for the Grizzlies for less than a year, he was traded to the Washington Wizards. Unfortunately, after a dispute with team member Gilbert Arenas that had them drawing guns on each other in the locker room, he was suspended for a year. His contract with the team was then dissolved. He signed with the Charlotte Bobcats, but was released less than a month later, and after attempting to play in China with the Zhejiang Guangsha Lions, he returned to the United States to play for the Dakota Wizards in the D-League. In total, Javaris earned a touch over $4 million in salary while playing in the NBA. In 2011, he was arrested for the murder of a young woman who was hit when Mr. Crittenton allegedly shot at someone who had robbed him. He eventually plead guilty  to manslaughter and was sentenced to 23 years. 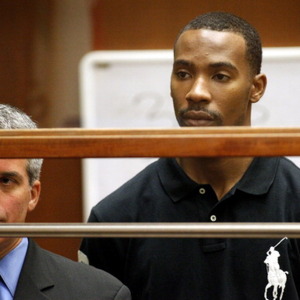