Jason Richardson is an American professional basketball player who has a net worth of $45 million. Born on January 20, 1981 in Saginaw, Michigan, Richardson weighs in a 225 pounds and stands at six feet and six inches tall as a shooting guard and small forward for the National Basketball Association. He attended Arthur Hill High School as well as Michigan State University where he was named for the Big Ten First Team.

In high school, Richardson was known as Mr. Basketball of Michigan and a McDonald's High School All-American. He made his NBA debut in 2001 after being drafted by the Golden State Warriors with whom he played until 2007. Following the Warriors, Richardson joined the Charlotte Bobcats until 2008. He then played for the Phoenix Suns from 2008 to 2010, followed by the Orlando Magic from 2010 to 2012, and currently the Philadelphia 76ers. He became part of the NBA All-Rookie First Team in 2002, the NBA Rookie Challenge MVP in 2003, a two-time NBA Slam Dunk Contest champion in both 2002 and 2003, the NBA 3-point field goal leader in 2008, and was noted for being an NCAA champion in 2000 as well as a Consensus second team All-American in 2001. Richardson is currently married to wife Jackie Paul and has three children by the names of Jason II, Jaela, and Jaxson. 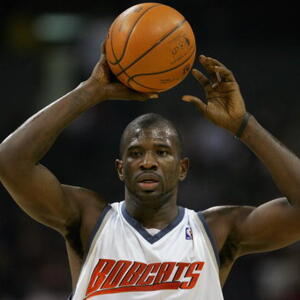