Jason Kidd has an estimated networth of $21.4 million. Jason Frederick Kidd was born March 23, 1973 in San Francisco, California. He is an American Basketball player who currently plays for the Dallas Mavericks. He was an all-star player in high school at St. Joseph Notre Dame High School in Alameda, California. He led his team to back to back state championships. Twice he was voted player of the year. He chose to attend Berkley College in California, turning down several other prestigious collages trying to recruit him. Kidd entered the NBA draft in 1994, and opted to play for the Dallas Mavericks.

In 2001 he was traded to the New Jersey Nets, and this marked the beginning of one of his best seasons. In 2004 he had to leave the court to have microfracture surgery to repair a damaged knee . He returned in December of that year. In February of 2008 he was again traded back to the Dallas Mavericks , and in 2009 was officially back on the team despite being heavily pursued by the New York Knicks. A deal worth more than $25 million. In January of 2008 Kidd announced that he and his girlfriend, model Hope Dworaczyk, were expecting a child together. 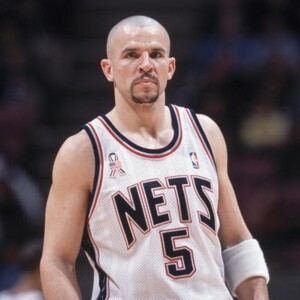