Jason Collins net worth: Jason Collins is an American professional basketball player who has a net worth of $16 million dollars. Jason Collins was born in Northridge, California, and went on to attend Harvard-Westlake School in Los Angeles. He established himself as a player to watch while in high school, and set a California rebound record.

He went on to play college basketball for Stanford, where he was named to the All Pac-10 first team, and set a Stanford record for field goal percentage. After graduating from Stanford, he was drafted by the New Jersey Nets, and played for the team from 2001-2008. His contribution to the franchise was felt immediately, as he helped the team to their first NBA Final. He then went on to play for the Memphis Grizzlies in 2008, and was then traded to the Minnesota Timberwolves remaining with the team through 2009. He has since played for the Atlanta Hawks, the Boston Celtics, and the Washington Wizards. He currently plays for the Brooklyn Nets. In May of 2013, Jason Collins came out as a homosexual in a Sports Illustrated article written by Jason himself. That made Jason the first active male athlete in any of the major American sports leagues to publicly come out as gay. 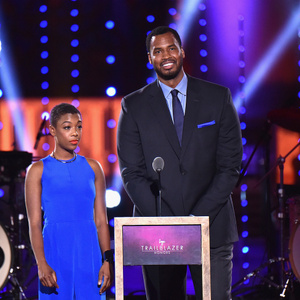