Jannero Pargo net worth and salary: Jannero Pargo is an American professional basketball player who has a net worth of $4.5 million dollars and a salary of $2 million. Born in Chicago, Illinois, Jannero Pargo graduated from Paul Robeson High School and then attended the University of Arkansas. He was drafted to the NBA in 2002, and played for one season with the Los Angeles Lakers.

He then spent one season with the Toronto Raptors, before playing two seasons with the Chicago Bulls. He moved to the New Orleans Hornets (Oklahoma City Hornets) in 2006, and made a name for himself in 2008 while playing with the team. After first-string team member Chris Paul was severely injured, he stepped in and played excellent ball. Multiple teams courted him, when he became a free agent the following year, and he ultimately decided to play for the European league, signing with the Russian team, Dynamo Moscow, and then with Greek team, Olympiacos Piraeus. His time in Europe was less successful then he hoped, and he returned to the United States in 2009. He played with the Chicago Bulls from 2009-2010, with the Atlanta Hawks from 2011-2013, the Washington Wizards for part of 2013 and the Charlotte Bobcats in 2014 . His ex-girlfriend Malaysia Pargo is a cast member of VH1's Basketball Wives. 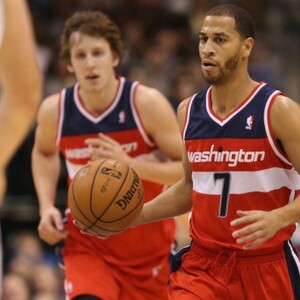