James Worthy net worth and salary: James Worthy is a retired American professional basketball player who has a net worth of $12 million. James Worthy earned his net worth from his successful career in professional basketball. Worthy was named one of the 50 Greatest Players in NBA History. " Big Game James" was a seven-time NBA All-Star as well as a three-time NBA champion. He was born on February 27, 1961 in Gastonia, North Carolina. He attended Ashbrook High School where he was an All-American High school basketball player. After high school he attended the University of North Carolina where he was a stand-out basketball player. He was a first round draft pick by the Los Angeles Lakers in 1982. He would go on to stay with the Lakers throughout his entire professional career which ended in 1994. He was inducted into the Basketball Hall of Fame in 2003 and his jersey #42 is one of only seven retired by the Los Angeles Lakers. During his career, James Worthy earned a little under $12 million in total salary before taxes. That's around $20 million after adjusting for inflation, still before taxes. He was married to Angela Wilder from 1984-1996 they have two daughters.

Worthy is no stranger to television. He starred in the role of the Klingon Koral in the episode of Star Trek: The Next Generation named "Gambit" as well as the role of himself on an episode of Everybody Loves Raymond. During the 2009-2010 NBA season he was the co-host of the pregame and postgame show for the Lakers road game telecasts known as LTV. This show airs on KCAL-TV in Los Angeles. Worthy is also an NBA Anyalst for KCBS-TV in Los Angeles. He is the CEO of Worthy Enterprises a company that helps enhance sales and marketing initiatives, improve company culture and teamwork, charitable fundraising, and community relations. He also donates his time to help out non-profit community organizations such as Boys & Girls Clubs, Big Brothers of America, YMCA, and others. 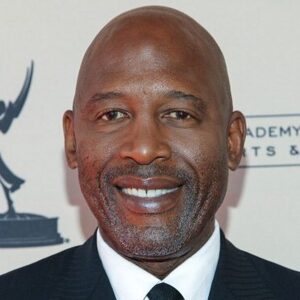