What is Jamal Mashburn's Net Worth?

Jamal Mashburn is an American retired professional basketball player who has a net worth of $100 million. Known as "Monster Mash" by his fans in the NBA, Jamal established himself as a high-scoring small forward while playing for teams like the Dallas Mavericks, the Miami Heat, the Charlotte Hornets, and the New Orleans Hornets. He played a total of 12 seasons and averaged 19.1 points per game over the course of his career.

During his career Jamal earned $75 million in salary. After retiring, Jamal has embarked on a highly successful entrepreneurial career. More on this later in the article.

Jamal Mashburn was born on November 29th of 1972 in The Bronx, New York. Although his father was a heavyweight boxer and a New York Police officer, he largely lived apart from Jamal and his mother, divorcing the latter after 10 years of marriage. At an early age, Mashburn encountered basketball at Rucker Park, which was a block away from his childhood home.

During his high school years, Jamal quickly established himself as a talented basketball player. He then enrolled at the University of Kentucky, further proving himself with the Wildcats and becoming the fourth-leading scorer the school had ever seen. By his junior year, he had won All-American First Team honors. The Wildcats also made it to the Final Four of the NCAA Tournament that year. After the success of this tournament, Mashburn left university and declared himself eligible for the 1993 NBA Draft.

Mashburn was selected by the Dallas Mavericks, who featured players like Derek Harper and Jim Jackson at the time. Mashburn slotted in perfectly, joining and augmenting the offense with an average of 19.2 points during his rookie year. This led to him being selected for the NBA All-Rookie Team. Unfortunately, Jamal's personal success was not replicated by the team as a whole, as they only won 13 games that season.

Results improved drastically next season, as the Mavericks won 36 games while Mashburn's point average rose to 24.1 per game. This placed him sixth in the league in terms of that statistic. He also scored 50 points in one game against the Chicago Bulls that season. Although he continued to break a number of franchise records over the next few years, injuries started to affect him by the 1995-1996 season, and the team was continuously unable to make the playoffs. This eventually led to Mashburn being traded to the Miami Heat in 1997.

Jamal joined Alonzo Mourning, Tim Hardaway, and coach Pat Riley in Miami, immediately having a positive effect on the team's offense. This time, Mashburn was finally able to reach the playoffs, eventually reaching the Conference Finals before losing against the Chicago Bulls. However, injury problems surfaced once again, and Jamal's performance began to drop. Mashburn bounced back in the 1999-2000 season, scoring 112 three-pointers. This wasn't enough for the Heat, however, as they were defeated by the Knicks in the playoffs after Jama's scoring output dropped during the final two games. 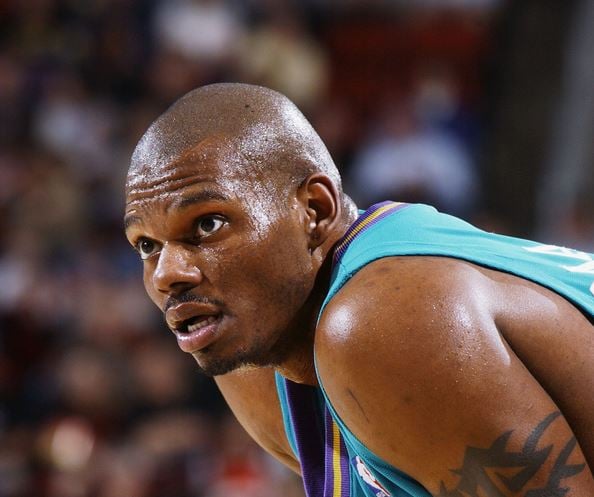 Once again, Mashburn was traded – this time to the Charlotte Hornets. He spent two seasons in Charlotte with Baron Davis. His scoring average rose to 20.1 points, but even better was the fact that Jamal and the Hornets shocked the Heat in an upset playoff victory. They were eventually stopped by the Milwaukee Bucks. Unfortunately, injury problems surfaced once again in the 2001-2002 season.

Mashburn's best overall season came at the tail end of his career. During the 2002-2003 season, he averaged 21.6 points per game and played in 82 games. This led to him being selected for the All-Star game for the first and only time in his career. He scored 50 points against Memphis that year and a further 40 points against Orlando. The Hornets (having relocated to New Orleans by this point), won a total of 47 games and made the playoffs, although Mashburn sat out for a number of postseason games.

Two more seasons followed for Jamal, but it was clear that his best days were behind him. Injuries continued to hamper him throughout 2004, leaving him completely unable to participate in the playoffs. Finally, a problem with his right knee caused him to sit out the entirety of the 2004-2005 season, as he hoped that it would eventually recover with rest. He then chose to undergo a microfracture surgery on his knee, which is somewhat risky. Although he was eventually traded to the 76ers, he never saw any game time and promptly retired in 2006.

After retiring, Mashburn remained involved in the basketball world by working for ESPN as an analyst.

Even before retiring from basketball, Mashburn embarked on a successful business career. He now runs more than 90 businesses, starting with an Outback Steakhouse he purchased with his NBA earnings immediately after retirement. He now owns 34 Outback Steakhouses. He then slowly started to create a business empire, eventually buying franchises such as 37 Papa John's, various Dunkin Donuts, and a total of five car dealerships. Mashburn also owns a realty company in Lexington, Kentucky. In addition, he has become quite involved in the horse racing industry. From 2005 to 2008, he served on the Advisory Board for the Central Bank & Trust Company in Lexington.

Mashburn has been called an inspiration to other players in an era where we have seen athletes blow their entire fortunes as a result of financial mismanagement and trivial purchases. Jamal himself states that he plans to purchase an NBA franchise one day. Before signing his first basketball contract, Mashburn donated $500,000 to establish the Mashburn Scholarship Fund at the University of Kentucky. Jamal has also created a number of other nonprofits over the years.

Mashburn accomplished this by committing himself to becoming a "lifelong learner," and he also amassed a team of finance experts, project managers, insurance professionals, and advertisers. This team managed his growing business empire while he was playing basketball. After his retirement from basketball, he took a more active role in his various businesses. 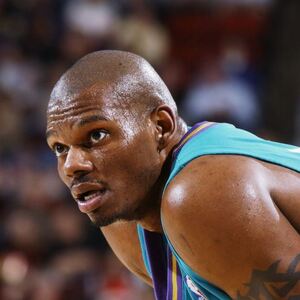