Jamal Crawford net worth and salary: Jamal Crawford is an American basketball player who has a net worth of $55 million dollars. In two decades playing in the NBA, Jamal earned over $120 million in salary alone.

Born in Seattle, Washington, Jamal Crawford distinguished himself as a basketball player while attending school at Rainer Beach High School in Seattle. He was recruited by the University of Michigan after graduating, and became eligible for the 2000 NBA Draft. He was drafted by the Cleveland Cavaliers and then traded to the Chicago Bulls. He played four seasons with the Bulls, and while he was only moderately successful while with the team, his level of play improved noticeably. He was traded to the New York Knicks in 2004, at a time when the team was going through a great deal of flux. He played well, but saw his time on the court reduced over the course of his four seasons with the team. He was then traded to the Golden State Warriors, where he played one successful season, before being traded to the Atlanta Hawks, where he played quite well. In 2011, he signed with the Portland Trail Blazers. He played for the Los Angeles Clippers from 2012 to 2017, followed by stints back with the Atlanta Hawks, the Minnesota Timberwolves, the Phoenix Suns and the Hawks again from 2018-2019. In July 2020 he reached a deal with the New Jersey Nets. 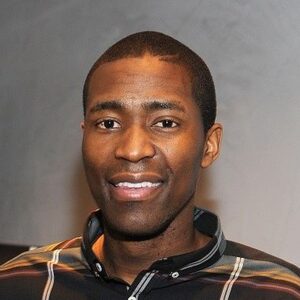