He played college basketball at UCLA from 1971 to 1974 where he won back to back NCAA Championships and was a two time Consensus first-team All-American. Wilkes' #52 was retired by UCLA. He was drafted #11 by the Golden State Warriors in the 1974 NBA Draft. Wilkes played for Golden State from 1974 to 1977 and then for the Los Angeles Lakers from 1977 to 1985. He finished his career with the Los Angeles Clippers in 1985. During his NBA career Wilkes was a four time NBA Champion. He was also a three time NBA All-Star and two time NBA All-Defensive Second Team selection. Wilkes was named NBA Rookie of the Year and was part of the NBA All-Rookie First Team in 1975. His #52 was retired by the Los Angeles Lakers. He became vice president of basketball operations for the Los Angeles Star of the ABA in 2000. 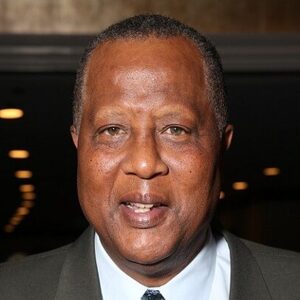