Jabari Parker net worth: Jabari Parker is an American professional basketball player who has a net worth of $20 million. Jabari Parker was born in Chicago, Illinois in March 1995. He is a 6'8″ power forward and small forward. Parker played at Simeon High School where he was a two time Illinois Mr. Basketball, the USA Basketball Male Athlete of the Year in 2011, the Gatorade National Player of the Year in 2012, and the Jordan Brand Classic co-MVP in 2013. Jabari Parker played his college basketball at Duke where he was the ACC Rookie of the Year, first-team All-ACC, USBWA National Freshman of the Year, and consensus first-team All-American in 20141. Parker was drafted #2 overall by the Milwaukee Bucks in the 2014 NBA Draft. He played for Milwaukee from 2014 to 2018. He played for the Chicago Bulls from 2018 to 2019. Parker played for the Washington Wizards and Atlanta Hawks in 2019. In 2018 he signed a two year deal for $40 million with the Bulls. 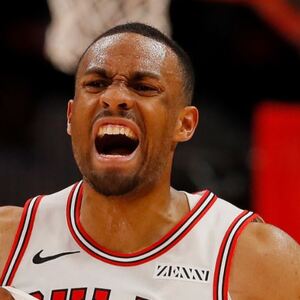