What is Ja Morant's Net Worth and Salary?

Ja Morant is a professional basketball player who has a net worth of $7 million. Ja Morant currently plays in the NBA for the Memphis Grizzlies. Before this, he was a star college player at Murray State University, where he became a first-team All-American in his sophomore year. Additionally, Morant led the NCAA in assists and was named the Ohio Valley Conference Player of the Year for the 2018-19 season.

Ja Morant was born as Temetrius Jamel Morant on August 10, 1999 in Dalzell, South Carolina to Jamie and Tee. His father had played basketball at Claflin University, while his mother was a point guard in high school before becoming a softball player in college. He has a younger sister named Teniya who also plays basketball. Growing up, Morant practiced basketball in the backyard with his father. He went on to play on the Amateur Athletic Union circuit with the South Carolina Hornets. For his education, Morant went to Crestwood High School, where he played on the basketball team. By the end of his time there, he was the school's all-time leading scorer with 1,679 points. Morant also earned South Carolina 3A All-State honors in his last two high school seasons.

In July of 2016, Morant was accidentally discovered by the basketball program at Murray State University when assistant coach James Kane saw him playing a game at a camp's auxiliary gym. Impressed with the young man's performance, Kane contacted head coach Matt McMahon, who subsequently offered Morant a scholarship to the school. In November of 2017, Morant made his debut for Murray State in a 118-61 win over Brescia University. The next month, he posted his first career double-double in a loss to Saint Louis University. Shortly after this, Morant notched his first career triple-double in a win over Eastern Illinois. He went on to help lead Murray State to the NCAA Tournament, ultimately falling in the opening round game to West Virginia.

It was in his sophomore year at Murray State that Morant truly excelled. In his season debut against Wright State, he recorded 26 points and 11 assists in a 74-53 victory. Later, in a loss to Alabama, he scored a season-high 38 points. In early 2019, Morant broke the Murray State record for the most assists in a single game, with 18. Just a little over a week later, he posted a new career-high scoring total with 40 points in a win over SIU Edwardsville. Morant continued to rack up accomplishments over the remainder of the season; among them, he set new single-season school and OVC records for assists. At the end of the regular season, Morant was named OVC Player of the Year. He subsequently helped lead Murray State to the NCAA Tournament, ultimately losing to Florida State in the second round. Following this, Morant decided to forgo his final two college seasons to declare for the NBA draft. 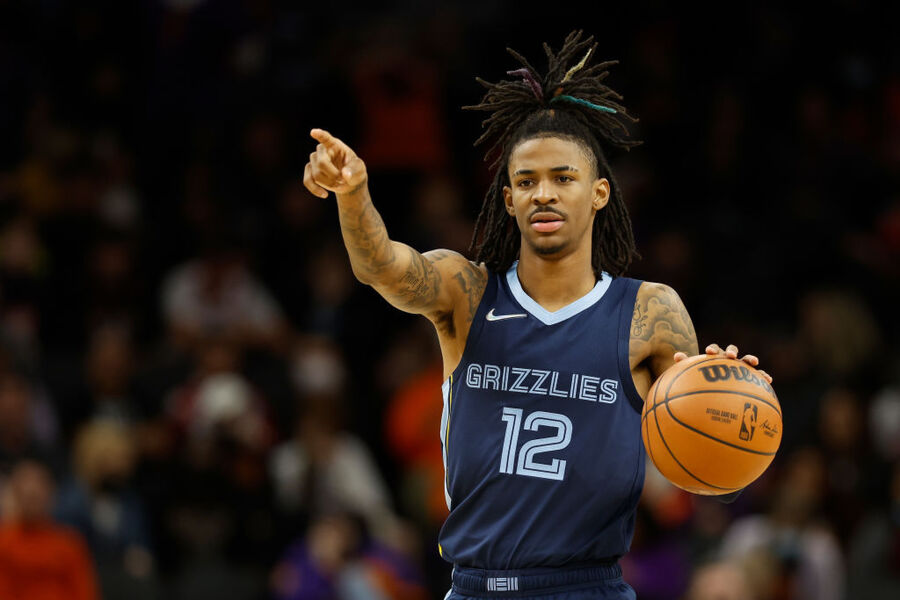 In the 2019 NBA draft, Morant was chosen as the second overall pick by the Memphis Grizzlies. He made his debut in October, starting in a 101-120 loss to the Miami Heat. He fared better the following month, when he posted his first NBA double-double in a 117-115 win over the Charlotte Hornets; he also made the game-winning layup. In early 2020, Morant notched his first NBA triple-double in a 106-99 victory over the Washington Wizards. Notably, he led all rookies in assists during his first NBA season, with an average of 7.1 per game. Morant also led all rookies in total points, with 17.8 per game and 1,138 overall. He finished his season with NBA Rookie of the Year honors.

Among the highlights of his second season with the Grizzlies, Morant scored a career-high 44 points in a 119-131 loss to the San Antonio Spurs in late 2020. In spring of the next year, he led the Grizzlies to a 117-112 overtime victory against the Golden State Warriors, clinching a postseason berth. Morant subsequently made his NBA playoff debut in an upset win over the top-seeded Utah Jazz. Although he followed that in Game 2 with an impressive 47 points and seven assists, the Grizzlies eventually lost 129-141. The team was ultimately eliminated from the tournament after five games. Morant continued to perform well in the 2021-22 season; in February, he tied his career high of 44 points before setting a new career high of 46 points a week later. In the process, he broke the record for most single-game points by a Grizzlies player. Morant went on to top the score just two days later when he recorded 52 points in a win over the San Antonio Spurs.

Upon being drafted by the Memphis Grizzlies as the second overall pick of the draft, Ja Morant signed a two-year $17.8 million contract with the team. In 2021 he signed a four-year $39.6 million, fully-guaranteed extension with the Grizzlies.

In 2019, the same year he joined the NBA, Morant had a daughter named Kaari. The year after that, he released a six-episode documentary entitled "Promiseland," which chronicles his rookie NBA season. 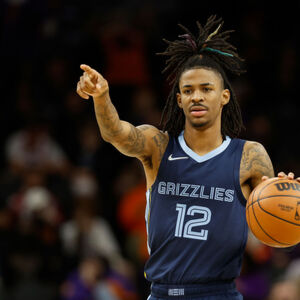