J.J. Redick Net Worth and salary: J.J. Redick is an American professional basketball player who has a net worth of $50 million. J.J. Redick was born in Cookeville, Tennessee in June 1984. Redick is a 6'4″ shooting guard and was a McDonald's All-American MVP at Cave Spring High School and won the Virginia state championship.

Redick achieved most of his success playing for the Duke Blue Devils. During his time in college he was named National college player of the year in 2006. J.J. was a two time Consensus first-team All-American, two time ACC Player of the Year, two time First-team All-ACC, and two time ACC Tournament MVP. He won two Adolph Rupp Trophies and was named to the All-ACC Rookie Team. Redick's #4 was retired by Duke. Redick was drafted #11 by the Orlando Magic in the 2006 NBA Draft. He played for the Magic from 2006 to 2013 when he joined the Milwaukee Bucks. Later that year Redick joined the Los Angeles Clippers signing a four year deal for $27 million. Redick has also competed internationally for the US and won gold medals at the World Championships and Global Games as part of the USA Basketball Under-21 Team. 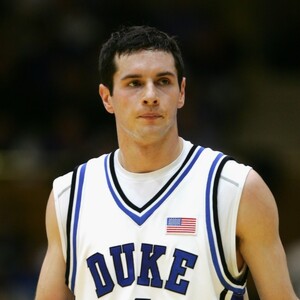