Isiah Thomas net worth and salary: Isiah Thomas is a retired American professional basketball player who has a net worth of $100 million. He is considered one of the greatest NBA players in history. Isiah is a 12-time NBA All-Star and two-time NBA Champion.

Contrary to popular assumption, Isiah is not related to more recent NBA star Isaiah Thomas, but it's also not a coincidence. The younger Thomas earned his name thanks to a bet his father made in 1989 a few months before his birth. The Isaiah's father, a lifelong Lakers fan, said that if the Lakers lost to the Pistons in the 1989 NBA Championship, he would name is son Isiah. The Pistons swept the Lakers in four games. In the end, the first name was tweaked to the biblical spelling "Isaiah" to please his mother.

The elder Isiah Thomas was born on April, 30 1961 in Chicago, Illinois. For high school he attended St. Josephs in Westchester, Illinois. He then attended Indiana University from 1979-1981. Isiah played basketball professionally from 1981 – 1994. He was drafted as the second pick in the first round of the 1981 draft by the Detroit Pistons. He remained with the Pistons for his entire career. He won the NBA championship with the Pistons twice, back to back in 1989 and 1990. He was also a 12 time NBA All-Star.

Post NBA Career: After retiring as a player, Isiah set out on what became an extremely successful business career. He is the founder of Isiah International LLC, a holding company that today operates a portfolio of businesses in dozens of industries, most notably recycling and waste removal.

In his hometown of Chicago he oversees Isiah Thomas Real Estate which invests in distressed assets in the hopes of revitalizing communities. Through various development partnerships he has developed retail, hotel, parking and residential real estate assets.

He is the majority owner of a printing company called American Speedy Printing Centers Inc. He helped steer the company out of bankruptcy, growing into one the nation's largest printing franchises. 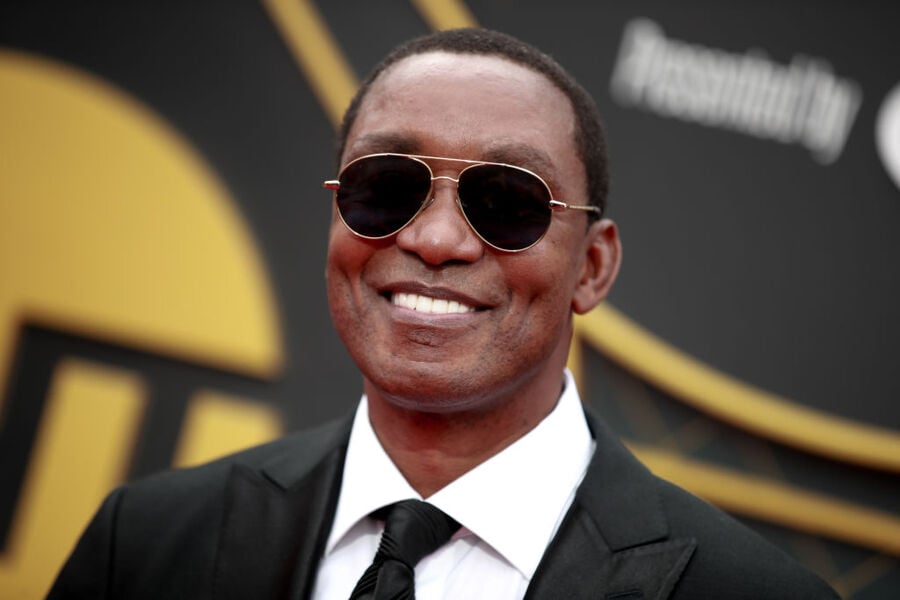 Toronto Raptors: In 1994 Thomas became the EVP of the newly formed Toronto Raptors expansion team. A year later he executed an option to purchase 4.5% of the team at a below market rate as a bonus/incentive. A few months later he was able to purchase an additional 4.5% for a total of 9%.

In November 1997 he stepped down as General Manager of the team after a lackluster run. He had also been recently offered a multi-million broadcasting job with NBC. A year before stepping down, Thomas attempted to buy-out the team's majority owner Allan Slaight who by then had a 79% stake. After the coup, relations soured between the partners. In 1998 Slaight and Thomas reached a settlement deal for Isiah's 9% on undisclosed terms but a year earlier a different partner, John Bitove, sold his 39% stake to Slaight for $65 million. That's a total team valuation of $166.7 million, which is a $40 million increase over the team's initial expansion fee. At the $166.7m valuation, Isiah's 9% stake would have sold for around $15 million.

Coaching Career and Other NBA Jobs: In 2000, Isiah was named head coach of the Indiana Pacers. He stayed with the Pacers until 2003. He then coached the Knicks from 2006 to 2008. He then coached at Florida International University from 2009 – 2012. In 2015 he was named President of the WNBA's New York Liberty.

He is now back to being an NBA broadcaster for NBC TV. 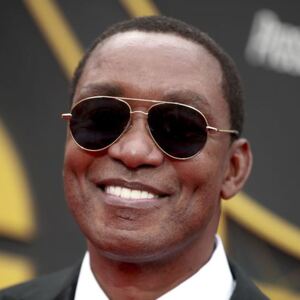