What is Isaiah Thomas's Net Worth and Salary?

Isaiah Thomas is an American professional basketball player who has a net worth of $16 million dollars. Isaiah Thomas has played in the NBA for such teams as the Sacramento Kings, Boston Celtics, Denver Nuggets, and New Orleans Pelicans. Prior to this, he had a successful collegiate playing career at the University of Washington, where he was a three-time all-conference selection in the Pac-10. During his NBA career, Thomas has been named an NBA All-Star multiple times.

Isaiah Thomas was born on February 7, 1989 in Tacoma, Washington to Tina and James. Contrary to popular assumption, Isaiah is not the son of Detroit Pistons Hall of Fame point guard Isiah Thomas. According to legend, his father James was a lifelong Lakers fan and made a bet with a friend that if the Pistons beat the Lakers in the 1989 NBA Championship, he would name is son after Isiah Thomas. The Pistons won in a four game sweep. Per his wife Tina's request they changed the spelling to the biblical "Isaiah" as opposed to "Isiah".

As a teen, he went to Curtis Senior High School in University Place, Washington, where he played on the varsity basketball team. For his senior year, Thomas transferred to South Kent School in Connecticut.

After graduating from South Kent, Thomas returned to the West Coast to attend the University of Washington. In his freshman year with the Washington Huskies basketball team, he averaged 15.5 points, 2.6 assists, and 3 rebounds per game, and was named Pac-10 Freshman of the Year. He did even better as a sophomore, with averages of 16.9 points, 3.2 assists, and 3.9 rebounds per game. As a result, he was selected first-team All-Pac-10. Thomas received that honor again during his junior year, when his game-winning buzzer-beater shot in overtime led the Huskies to victory over Arizona in the Pac-10 tournament championship game. Thomas subsequently forwent his senior year to declare for the NBA draft.

In the 2011 NBA draft, Thomas was selected in the second round with the final pick by the Sacramento Kings. Early the next year, after averaging 12.2 points and 4.4 assists per game in February, he was named the Western Conference NBA Rookie of the Month. He earned that honor again the next month after averaging 13.6 points and 4.9 assists per game. Thomas continued to have success during his remaining seasons with the Kings. In January of 2014, he scored a career-high 38 points in a game against the Oklahoma City Thunder, and five days later, tied the same total in a game against the Indiana Pacers. Later, in March, he posted his first career triple-double in a win over the Washington Wizards, making him the shortest NBA player ever to accomplish a triple-double. 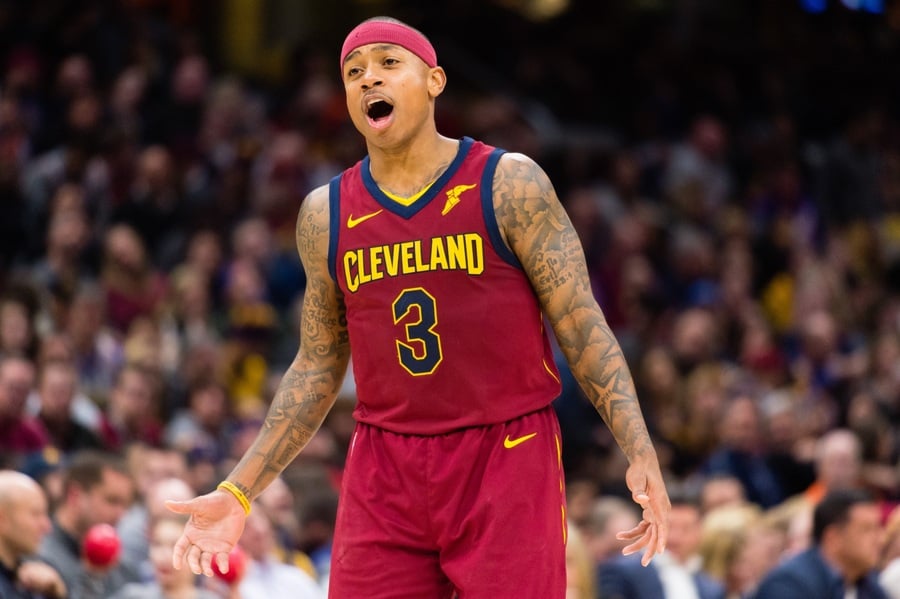 Thomas was acquired by the Phoenix Suns in July of 2014. In his debut with the team, he recorded 23 points, 3 assists, and 1 rebound in a win over the Los Angeles Lakers. Following an eight-game absence due to an ankle injury, Thomas returned in December in a loss to the Detroit Pistons. In January of 2015, he posted a season-high 27 points off the bench in a victory over the Portland Trail Blazers.

In February of 2015, Thomas was traded to the Boston Celtics. One of his first major victories with the team came in April, when he scored a season-high 34 points in a win over the Detroit Pistons. Subsequently, he was named Eastern Conference Player of the Week. The next season, Thomas tied his career-high 38 points in a loss to the Pistons. In February of 2016, he earned another Eastern Conference Player of the Week title, leading the Celtics to a 4-0 week record. During the subsequent playoffs, Thomas topped his career-high points total with 42 points in a win against the Atlanta Hawks. He continued to do well in the 2016-17 season, scoring at least 20 points in every game but one over the first 21 games. In December, he topped his career-high points total once again by scoring 44 points in an overtime victory against the Memphis Grizzlies. A little over a week later, he eclipsed the number again when he scored 52 points in a win over the Miami Heat. His 52 points stood as the fourth-highest scoring total in Celtics history.

Thomas had his 40th consecutive 20-point game in February of 2017. His franchise-record streak ended later in the month with 43 consecutive games. Thomas went on to lead the Celtics to a first-round playoff win over the Chicago Bulls. Subsequently, in Game 1 of the Eastern Conference semifinals, he helped his team defeat the Washington Wizards. In Game 2, Thomas scored 53 points, the second-highest in Celtics playoff history, to take the lead in the series. Finally, in Game 7, he recorded 29 points and 12 assists to help the Celtics advance to the Eastern Conference Finals for the first time since 2012. After the team lost the first two games to the Cleveland Cavaliers, Thomas sat out the remainder of the postseason with a hip injury.

Thomas was traded to the Cleveland Cavaliers in August of 2017. However, following the post-trade physical examination, the franchise's staff had concerns about the continuing effects of Thomas's hip injury. After much delay, Thomas made his debut with the team in January of 2018, recording 17 points in 19 minutes in a win over the Trail Blazers. Later in the month, he scored a season-high 24 points in a loss to the Thunder.

In February of 2018, Thomas was traded to the Los Angeles Lakers. After playing a few games, he was ruled out for the remainder of the season following arthroscopic surgery on his right hip. Later, in July, he signed a one-year deal with the Denver Nuggets. He made his debut with the team in February of 2019, scoring eight points in a win over the Kings. That summer, Thomas signed with the Washington Wizards; in December, he was suspended for two games for entering the stands during a game. The next year, he was traded to the Los Angeles Clippers, but was waived a day later. In April of 2021, Thomas signed a 10-day contract with the New Orleans Pelicans. 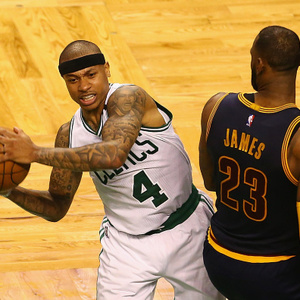