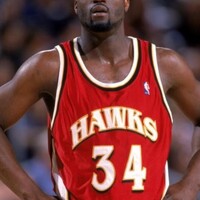 Isaiah Rider net worth: Isaiah Rider is an American former professional basketball player who has a net worth of $10 million. Isaiah Rider was born in Oakland, California in March 1971. He was a 6'5″ shooting guard and small forward who was a top rated player at Encinal High School. Rider played for two junior colleges before transferring to UNLV where he was a Consensus second-team All-American and the Big West Conference Player of the Year in 1993. Rider was drafted #5 by the Minnesota Timberwolves in the 1993 NBA Draft. He played for the T-Wolves from 1993 to 1996 and then for the Portland Trailblazers from 1996 to 1999. Rider played for the Atlanta Hawks from 1999 to 2000, the Los Angeles Lakers from 2000 to 2001, and the Denver Nuggets in 2001. During his career he was an NBA All-Rookie First Team selection and the NBA Slam Dunk champion in 1994. Rider won an NBA Championship with the Lakers in 2001. He started a charity called the Sky Rider Foundation to help kids with costs involved in playing basketball.