Ime Udoka net worth: Ime Udoka is a Nigerian-American former basketball player who has a net worth of $11.5 Million. He plays at the small forward position. Ime Udoka was born on August 9, 1977 in Portland, Oregon. He attended Portland's Jefferson High School, and enrolled at the University of San Francisco before transferring to Portland State University.

After going undrafted in the 2000 NBA Draft, Udoka played for the IBA's Fargo-Moorhead Beez from 2000-01 and Argentina's Independiente in 2001. In 2002, he joined the NBA D-League with the North Charleston Lowgators, who took him with the 39th pick in the 2002 NBDL Draft. He made his NBA debut in 2003 with the Los Angeles Lakers, playing in four games with them. Over the next few years, he made multiple appearances in the D-League and overseas, before returning to the NBA when he joined the New York Knicks in the 2005-06 season. The following year he joined the Portland Trailblazers, where he started in 75 games and averaged 8.4 points and 3.7 rebounds per game. In 2007, Udoka signed with the San Antonio Spurs, and played in 140 games over two seasons, usually coming off the bench in a supporting role. In 2009-10 Udoka played with the Sacramento Kings; he returned to the Spurs in 2010-11, his final season in the NBA. He played one more year in 2012, as a member of UCAM Murcia. Since 2012, Ime Udoka has been an assistant coach for the Spurs. 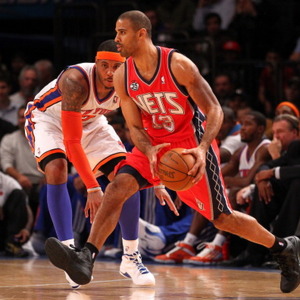