What is Iman Shumpert's Net Worth and Salary?

Iman Shumpert is an American professional basketball player who has a net worth of $30 million. After beginning his NBA career in 2011, Iman has played for the New York Knicks, the Cleveland Cavaliers, the Sacramento Kings, the Houston Rockets, and the Brooklyn Nets. Shumpert has been praised for his athleticism and his defensive capabilities. Iman is also known for dabbling in rap music.

Iman Asante Shumpert was born on June 26th of 1990 in Berwyn, Illinois. During his high school years, Shumpert played on the same basketball team as Evan Turner. As a teen, Iman became a first team all-state player and reached three conference titles. He then made it into the top 15 of all ranked senior players in the nation. While in high school, Iman also displayed a passion for Spoken Word poetry.

After graduating, Iman attended Georgia Tech. While playing for the school's basketball team, he became the fourth-leading scorer for the 2008-2009 season. A knee injury caused him to miss six games next season, but he bounced back in the 2010-2011 season to lead his team in scoring, rebounding, and assists. After breaking Georgia Tech's record for steals per game, Shumpert declared himself eligible for the NBA draft in 2011.

Shumpert began his NBA career with the New York Knicks but suffered a number of knee injuries early on and missed the rest of his first season. In 2013, he returned to practices, only to suffer another shoulder injury in 2014 that ruled him out for three weeks. Iman was then traded to the Cleveland Cavaliers in 2015 and started strong with his new team, helping them reach the 2015 NBA Finals later that year. 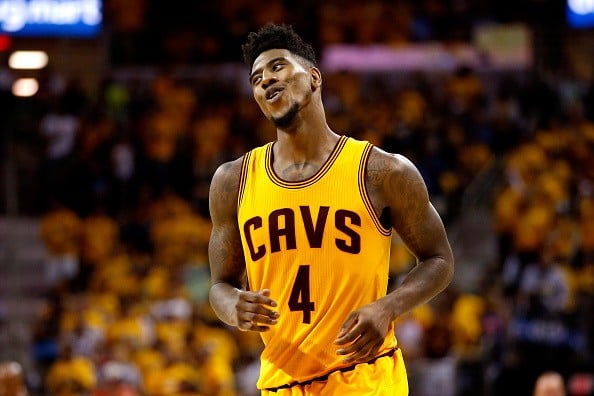 After signing a $40-million contract extension with the Cavaliers, Iman suffered another injury – this time it was his wrist. Later that season, he was ruled out after having his left knee drained. By the 2016-2017, coach Tyronn Lue started using Shumpert as a backup point guard. In 2017, he scored 18 points against the Detroit Pistons – a career best. However, he ended 2017 with yet another injury to his left knee that ruled him out for six to eight weeks.

Throughout the next few years, Shumpert played for teams such as the Sacramento Kings, the Houston Rockets, and the Brooklyn Nets. After Wilson Chandler's suspension expired, Iman was waived by the Nets in 2019.

After signing a $40-million contract with the Cleveland Cavaliers in 2015, Shumpert laid down roots in Atlanta. Observers assumed that this was an off-season residence. Spanning almost 7,000 square feet, Shumpert's Atlanta home features six bedrooms, a wooded backyard, and a large deck. There's also a spiral staircase, a lofted library, a double-sided fireplace, and a jetted tub.

In 2018, Iman purchased a home in River Forest, Oak Park for his parents. The $880,000-square-foot home spans 4,400 square feet and features five bedrooms. In 2020, it was reported that Shumpert had listed his home in Studio City for $3.695 million. He originally purchased the residence in 2018 for $3 million. The home features Italian tile floors, custom lighting, and smart home features. With a square footage of about 5,700, there is plenty of space for features like a chandelier-topped dining area. Outside, there is a swimming pool, a waterfall, and a custom doghouse.