Horace Grant net worth: Horace Grant is a retired American basketball player who has a net worth of $35 million. After playing college hoops at Clemson, Horace went on the NBA where he won four Championships, three with the Bulls and one with the Lakers. His identical twin brother Harvey Grant also played in the NBA.

Horace Junior Grant was born in Augusta, Georgia on July 4, 1965. He was drafted by the Chicago Bulls in 1987. He played very successfully as a power forward/center for the Bulls from 1987 to 1994. He was a four time All-Defensive Team selection, and won the NBA Championships three times. He signed with the Orlando Magic in 1994, and enjoyed moderate success, reaching the NBA Finals in 1995. He was traded to the Seattle SuperSonics in 1999, and then was traded again, almost immediately, to the Los Angeles Lakers. During his season with the Lakers, they won the NBA Championship title. Horace returned to the the Orlando Magic the next season. This proved to be an unwise decision, and he was cut at the end of the season. He decided to retire, but came out of retirement to play for the Lakers from 2003-2004. He has since retired permanently.

During his professional career Horace earned $68 million in salary alone. His highest-paid seasons were the two seasons between 1996 and 1998 when he earned $14.8 and $14.3 million in base salary, respectively. That's the same as earning around $23 million per year in today's dollars. 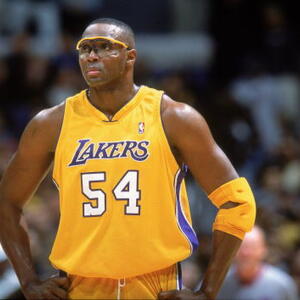