How much is Hasheem Thabeet Worth?

Hasheem Thabeet net worth: Hasheem Thabeet is a Tanzanian professional basketball player who has a net wroth of $8 million. He is likely best known for being a draft bust after being drafted #2 overall.

Hasheem Thabeet was born in Dar es Salaam, Tanzania in February 1987. He is a 7'3″ center who played at Cypress Christian School in Houston, Texas. Thabeet played his college basketball at Connecticut where he was the Big East co-Player of the Year and consensus second-team All-American in 2009. He was also the NABC Defensive Player of the Year in 2008 and 2009. Hasheem Thabeet was drafted #2 overall by the Memphis Grizzlies in the 2009 NBA Draft. He played for the Grizzlies from 2009 to 2011 and the Houston Rockets from 2011 to 2012. Thabeet played for the Portland Trail Blazers in 2012 and for the Oklahoma City Thunder from 2012 to 2014. He has also played in Japan and in the NBA G-League where he made the All-Defensive Third Team in 2015. 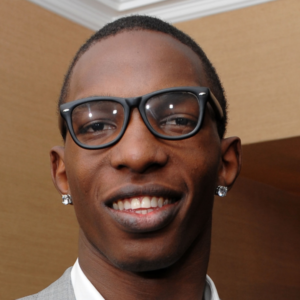