Harrison Barnes net worth and salary: Harrison Barnes is an American professional basketball player who has a net worth of $16 million. Harrison Barnes was born in Ames, Iowa in May 1992. He is a 6'8″ small forward who won two consecutive 4A state championships at Ames High School where he was also named Mr. Basketball USA and a McDonald's All-American Game Co-MVP in 2010.

Barnes played his college basketball at North Carolina where he was named the ACC Rookie of the Year and to the All-ACC Freshman team and Second-team All-ACC in 2011. In 2012 Barnes was named First-team All-ACC and Second-team All-American. Barnes was drafted #7 by the Golden State Warriors in the 2012 NBA Draft and has played his entire career there. In 2013 he was selected to the NBA All-Rookie First Team and in 2015 he was the Western Conference Championship with the Warriors. In October 2015, Harrison turned down a contract extension that would have paid him $16 million per year. Instead he's hoping to make even more money by waiting one season and then going after an even bigger contract. Between June 2017 and June 2018, Harrison Barnes earned $25 million from salary and endorsements. 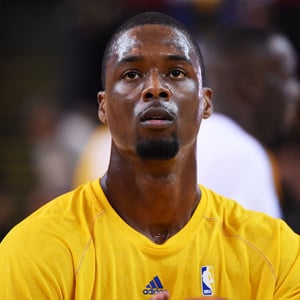