Greg Oden Net Worth and Salary: Greg Oden is an American former professional basketball player with a $16 million net worth. Oden is best known for playing for the Portland Trail Blazers and the Miami Heat and having a challenging career plagued by numerous injuries.

Early Life: Greg was born on January 22nd of 1988, in Buffalo, New York. When he was nine, his family moved to Terra Haute, Indiana, where he attended Sarah Scott Middle School. He then relocated to Indianapolis, Indiana, with his mother and brother, where he played basketball for the Lawrence North High School team. Oden led his high school team to three consecutive Indiana Class 4A basketball championships and was named the National Boys Basketball Player of the Year in 2005 and 2006.

Greg attended Ohio State University for the 2006-07 season, and, after missing the first half of the season due to a wrist injury, made his college debut on December 2nd of 2006. He finished the game with 14 points, ten rebounds, and five blocks. That year, sports broadcaster Steve Kerr described Greg as a "once-in-a-decade player."

Oden had an impressive college career, earning Defensive Player of the Year and reaching the National Championship in 2007. The Associated Press named him Greg to the All-American team, being the first freshman to do so since 1990. After playing one year of college basketball, Oden announced that he would be entering the 2007 NBA draft.

Career: Greg was selected first overall by the Portland Trail Blazers, but because of a knee injury, Oden had to sit out his first season. The following year, Greg missed one-quarter of the 2008-09 season due to various injuries; however, he achieved impressive stats during the games he did play.

His third season was disappointing, only playing 21 out of the 82 total games due to a fractured patella. In November of 2010, the Trail Blazers announced that Oden would miss the entire 2010-11 season to have microfracture surgery on his left knee, which marked the fourth year Greg could not play a full season.

During 2011 and 2012, Oden suffered huge setbacks with his recovery, ultimately needing more surgeries than initially thought, and, in 2012, Portland released Greg from their team to make room for trade acquisitions. Oden announced he would not play the 2012-13 season to focus on rehabilitation.

The next year, Greg signed with the Miami Heat and made his much-anticipated return to the court. That season, Oden started in 23 games, and the Heat made it to the NBA finals, where they lost to the San Antonio Spurs.

Greg spent the next two years training to make a comeback to the NBA that never worked out. On August 26th of 2015, Oden signed a one-year, $1.2 million deal with the Jiangsu Dragons of the Chinese Basketball Association. Greg parted ways with the team half-way through the season.

Relationships: In August of 2014, Greg was charged with battery and three other counts after punching his ex-girlfriend in the face. He pled guilty to battery with minor bodily injury, and the additional three charges were dropped. In September of 2016, Oden and his fiancé Sabrina Williams had a child together, Londyn, and on September 3rd of 2017, the couple was married in Maui, Hawaii.

Real Estate: Reportedly, in 2017, Greg purchased a home in Dublin, Ohio, for $800,000. The 5,300-square-foot house includes four bedrooms, three bathrooms, and one half-bathroom. 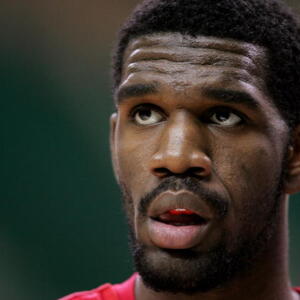