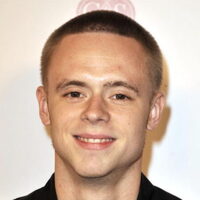 Grayson Boucher net worth: Grayson Boucher is an American streetball player who has a net worth of $500 thousand. Grayson Boucher was born in Keizer, Oregon, and played basketball while in high school at Salem Academy High School, and then at Chemeketa Community College. He and his brother went to watch an AND1 Mixtape Tour Streetball game, and he saw that there were open try-outs. He made the team and joined the tour in 2003. He began to gain widespread notice in 2004, when he was featured in the tour's advertising campaign. As part of the AND1 Mixtape Tour, he has played streetball around the world, and has appeared on ESPN. In 2011, he joined the Ball Up Tour, as well. In addition to his work on the court, he has appeared in various streetball related films, including, "Semi-Pro" and "Balls Don't Lie". He has also been featured in the "Streetball: The AND1 Mixtape Tour" DVD series.