Allen played his college basketball at Duke where he won the NCAA championship in 2015. He was a first-team All-ACC selection in 2016 as well as a second-team All-American (SN) and a third-team All-American (AP, NABC). Grayson Allen was drafted #21 overall by the Utah Jazz in the 2018 NBA Draft. During his career at Duke he averaged 14.1 points a game as well as 3.2 rebounds a game and 3.0 assists per game. He was involved in a series of tripping incidents and some people branded him as being a dirty player. 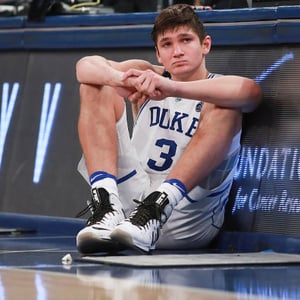