Glenn Robinson net worth: Glenn Robinson is a retired American basketball player who has a net worth of $20 million dollars. Born in Gary, Indiana, Glenn Robinson led his high school basketball team to the state championship during his senior year. He was named a McDonald's All-American and Indiana Mr. Basketball.

He was recruited by Purdue University, but had to sit out his freshman year due to low grades. He got his grades back on track, and began playing for the team his sophomore year. He quickly distinguished himself, and earned First Team All-Big Ten and Second Team All-American honors. After two very successful years at Purdue, the Milwaukee Bucks drafted him, signing him to a $68 million, 6-year contract. He played very well for the team for the next six years and is their second place leading all-time scorer. He subsequently played single seasons with the Atlanta Hawks, the Philadelphia 76ers, and the San Antonio Spurs, but recurrent knee injuries eventually shortened his career, and he retired in 2005. 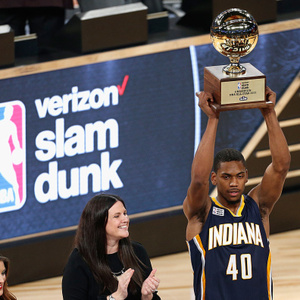