What is Glen Davis' net worth and salary?

Glen Davis is a retired American professional basketball player who has a net worth of $10 million dollars. Glen Davis played in the NBA for the Boston Celtics, Orlando Magic, and Los Angeles Clippers. With the Celtics, he won the 2008 NBA championship title. Later, from 2018 to 2019, Davis played for the St. John's Edge of the National Basketball League of Canada.

Davis' nickname, "Big Baby", was given to him by a youth league coach at nine years old due to his 5′ 6″ stature and 160 lb. weight. As a result, he played as a senior, and would be told to "stop crying, you big baby" when he complained about his older opponents.

During his NBA career, Davis earned $32 million in salary before taxes and various other fees. He also earned several million from endorsements. Davis signed a two year deal for $6.5 million in 2009. He was traded to the Orlando Magic where he played form 2011 to 2014. His highest annual salary came in the 2014 season when he earned $6.6 million. He signed with the Los Angeles Clippers in 2014 and finished his career with the team.

Glen Davis was born as Ronald Glen Davis on New Year's Day, 1986 in Baton Rouge, Louisiana. At the age of 15, he got a glimpse into his basketball playing future when he attended a basketball camp run by Shaquille O'Neal on the campus of Louisiana State University. When Shaq challenged him to a friendly bout of wrestling, Davis proved his mettle by lifting his massive opponent and body-slamming him to the ground. This incident helped him get introduced to Dale Brown, the former head basketball coach at LSU.

Davis went on to attend Louisiana State University Laboratory School for his higher education. In his rookie year with the LSU Tigers basketball team, he was listed as the number three power forward and the number 13 player in the nation by Rivals.com. Davis only improved his performance his sophomore year, when he was selected to the All-SEC first team and was named SEC Player of the Year by the Southeastern Conference's coaches. In 2006, he led the LSU Tigers to their first appearance in the Final Four in 20 years; ultimately, they fell to UCLA.

In 2007, Davis chose to forgo his senior season at LSU to enter into the NBA draft. He was subsequently drafted with the 35th overall pick by the Seattle SuperSonics, before being traded to the Boston Celtics. With the Celtics, Davis made his debut NBA start against the Sacramento Kings in a game in December. Recording 16 points and nine rebounds, he helped the team win the game 90-78. Davis had his breakout performance a few weeks later in early January of 2008, in a game against the Detroit Pistons. He scored a new career high of 20 points, with 16 of them coming in the fourth quarter alone. The Celtics went on to the 2008 NBA Finals, and defeated the Los Angeles Lakers in six games to take the championship title.

In his second season with the Celtics in 2009, Davis scored a new career high of 24 points in a victory over the Memphis Grizzlies. The Celtics advanced to the playoffs, and then to the Eastern Conference Semifinals, where Davis' buzzer beater in Game 4 gave the team a 95-94 win over the Orlando Magic. Later in the year, Davis signed a $6.5 million two-year contract with the Celtics. His third season with the team brought more success, as the Celtics reached the Eastern Conference Finals against the Magic. However, in Game 5, Davis sustained a major concussion after being elbowed in the head by Dwight Howard. He was able to bounce back for the Game 6 clincher as the Celtics won and advanced to the NBA Finals. In a rematch of the 2008 championship, the team faced the Lakers, this time losing in seven games. 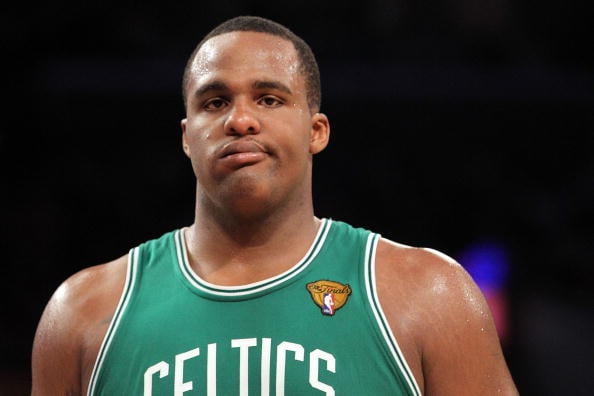 In December of 2011, Davis was traded to the Orlando Magic along with Von Wafer. Toward the end of his first season with the Magic in April of 2012, he scored a new career high of 31 points in a loss to the Detroit Pistons. The following year, Davis topped that total with 33 points in a loss to the Philadelphia 76ers. In February of 2014, he and the Magic mutually agreed to a contract buyout. Davis subsequently signed with the Los Angeles Clippers. Following the 2014-15 season, he became an unrestricted free agent, and underwent surgery on his left ankle.

Davis was announced as a new player for the Croatian and ABA Leagues' Zadar in September of 2018. However, due to failing to make a final agreement with club management, he left before signing a contract. A few months later, Davis signed with the St. John's Edge of the National Basketball League of Canada. In his first and only season with the team, he averaged 17.3 points, 7.4 rebounds, and three assists per game. Moreover, he was named to the All-NBLC third team.

Like many professional athletes, Davis has had a number of run-ins with the law.

In February of 2018, he was arrested for drug possession and distribution when police found 126 grams of pot and a briefcase with $92,000 in cash in his Maryland hotel room. Police also reportedly found a ledger that is consistent with someone who is dealing drugs. The day after news of his arrest broke, Davis posted a video to Instagram showing him eating Popeye's chicken on a private jet next to a briefcase full of stacked money. In the video he tells his followers to not believe what they see on the internet and that he would have his day in court. He eventually agreed to pay the maximum fine of $15,000, with the court agreeing to suspend the case.

In October 2021 Glen was one of 18 former NBA players who were indicted by a federal grand jury in New York on charges of conspiracy to commit healthcare and wire fraud. The players allegedly submitted $3.9 million worth of false insurance claims between 2017 and 2020 and received $2.5 million worth of benefits in return, 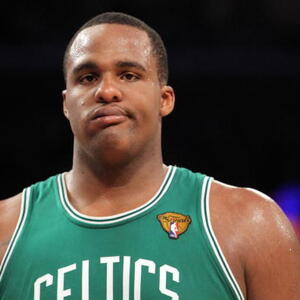