How much is George Gervin Worth?

George Gervin net worth: George Gervin is an American former professional basketball player who has a net worth of $4 million. George Gervin was born in Detroit, Michigan in April 1952. He was a 6'7″ shooting guard who is known by his nickname of "The Iceman". Gervin played at Martin Luther King High School. He played his college basketball at Long Beach State before transferring to Eastern Michigan University. Gervin played for the Virginia Squires of the ABA from 1972 to 1974. He was drafted #40 by the Phoenix Suns in the 1974 NBA Draft. Gervin played for the San Antonio Spurs in the ABA and NBA from 1974 to 1985. He played for the Chicago Bulls from 1985 to 1986 and then played in Italy from 1986 to 1987. Gervin played for the Quad City Thunder in the CBA in 1989 and played in Spain from 1989 to 1990. During his career Gervin was a nine time NBA All-Star and was the MVP of the NBA All-Star Game in 1980. He was selected to the All-NBA First Team five times and the All-NBA Second Team twice. Gervin was a four time NBA scoring champion. He was a three time ABA All-Star and was named to the ABA All-Time Team. Gervin's #44 was retired by the San Antonio Spurs and he was named to the NBA's 50th Anniversary All-Time Team. Gervin is a member of the Basketball Hall of Fame and the College Basketball Hall of Fame. 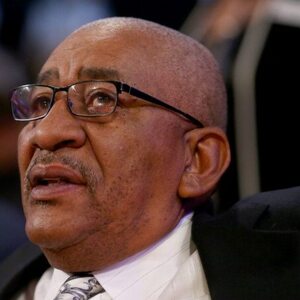