Gary Payton Net Worth, Salary, and Career Earnings: Gary Payton is an American former professional basketball player who has a net worth of $50 million. During his exceptional career, Payton spent 13 years with the Seattle SuperSonics. During these years, Gary broke many franchise records for a number of accomplishments, including total points, assists, and steals. Gary quickly earned the nickname "The Glove," and this was a reference to his impressive defensive capabilities.

Today Payton is considered one of the best point guards to ever appear in the NBA. To this day, he is the only point guard to win the NBA Defensive Player of the Year award. His other accomplishments include nine All-Star games and induction into the Naismith Basketball Hall of Fame.

Early Life: Gary Dwayne Payton Sr. was born on July 23rd of 1968 in Oakland, California. During his early years, he played high school basketball alongside Greg Foster, who would later go on to play in the NBA as well. Unfortunately, he was declared ineligible to play on the team in his sophomore year due to his academic struggles. With the help of his father, he pushed his grades back up and made it back onto the team.

After graduating from high school, Payton attended Oregon State University. During this period, Gary became of the best basketball players the school had ever seen, breaking numerous records and winning many titles.

Career: In 1990, Payton was selected by the Seattle SuperSonics during the NBA draft. It quickly became clear that Gary was a good choice for the Sonics, and by 1991 he was scoring triple-doubles and handing out numerous assists on a regular basis. This would continue for more than 12 seasons, and by his later years he was considered an integral part of the so-called "Sonic Boom." In 1996, he won the NBA Defensive Player of the Year Award. That year, he also won the gold medal at the Olympic Games, a feat that he would repeat in 2000. Also in 1996, Gary helped the Sonics reach the NBA Finals.

Due to a feud with SuperSonics owner Howard Schultz, Payton refused to attend the first day of training camp in 2002. Schultz then decided to trade Payton to the Milwaukee Bucks, where he spent a single season before transferring as a free agent to the Los Angeles Lakers. Although Gary was a regular starter with the Lakers, he struggled to adapt to their unique triangle offense system and was eventually traded to the Boston Celtics after a single season in Los Angeles.

Once again, Payton was destined to spend just a single season with his new team. He started all 77 games for the Celtics, averaging 11.3 points per game. During this season, the Celtics won the Atlantic Division. In 2005, Payton signed a one-year contract with the Miami Heat, where he would spend the last two years of his career.

This decision earned him his only NBA title when Miami beat Dallas. During the finals, Gary scored several key shots, some of which were game-winning. In 2006, Payton signed another one-year contract with the Heat for $1.2 million, although this would prove to be his last season in the NBA. This final season proved to be enough to help Gary break several records before he finally retired. 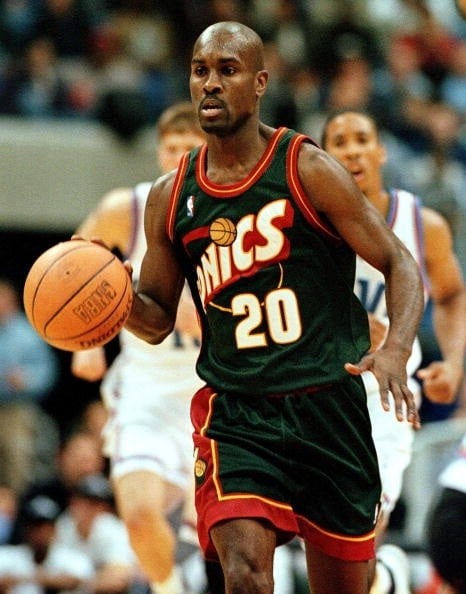 Playing Style: Despite racking up an insane number of points during his career, Payton is most widely recognized for his defensive capabilities. These defensive skills are the reason he is considered the greatest point guard of all time by many observers. In the end, the general consensus is that Gary was a better offensive player than most players in history, but he is perhaps the greatest defensive player ever to take to the court.

During his carer, Payton was also famous for his rivalry with Michael Jordan. The two would often go up against each other, and Gary would often frustrate Jordan when he tried to score. Eventually, it got to the point where Payton was shifted out of position in order to specifically cover Jordan, leading to the latter leaving the court having scored significantly fewer points than usual.

In addition, Gary earned a reputation for trash-talking throughout his time on the court. This led to him receiving numerous fines and technical fouls over the course of his career. In his later years, Payton's volatility seemed to settle, and he matured as an individual. During this later period, Gary was seen as a strong leader on the court, motivating some of the younger players and inspiring them to reach for their full potential.

During these later years, another key attribute came to light: Gary's insane durability. Over the course of his 17-year career, Payton only missed a total of 25 games. At one point, he broke a record for the most consecutive games, having played 300 games in a row. This wasn't necessarily because Gary was free from injuries, but rather his ability to play through the pain. Payton actually suffered chronic back pain, especially during his later years.

Entertainment Career: Outside of sports, Payton appeared in a number of movies, including "White Men Can't Jump," "Eddie," "Like Mike," and "The Lego Movie 2: The Second Part."

Earnings: During his career, Gary Payton earned around $104 million in salary alone. In addition, it is estimated that Payton has supplemented his income significantly by engaging in various brand endorsement deals over the years. These deals are estimated to be worth millions of dollars per year. 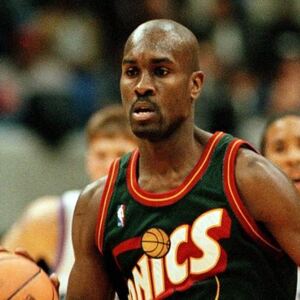