Eric Williams Net Worth: Eric Williams is a former American professional basketball player who has a net worth of -$100 thousand. Born Eric C. Williams on July 17, 1972, he spent twelve years playing in the National Basketball Association. At the time when he got drafted by the Boston Celtics with the 14th pick in 1995, he was just a 6′ 8″ small forward in the team of Providence College in Rhode Island.

But ever since, he has embarked on a fully-fledged NBA career that included stints with the Denver Nuggets, Boston Celtics, Cleveland Cavaliers, New Jersey Nets, Toronto Raptors, San Antonio Spurs and Charlotte Bobcats. It was in 2007 that Eric Williams withdrew from the court with career averages of 8.8 points, 3.3 rebounds and 1.5 assists per game. Married to Jennifer Williams, he also appeared in several episodes of the reality TV show Basketball Wives that screened the breakdown of the couple's marriage. As of April 2014, it is reported that Williams, who accumulated almost $40 million in salary throughout his career, is now penniless and homeless. 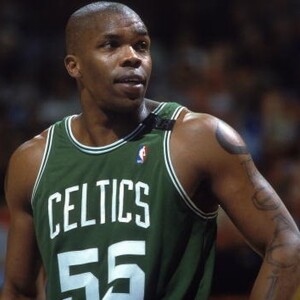