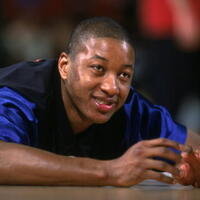 Eric Snow net worth: Eric Snow is a retired professional basketball player who has a net worth of $20 million. Eric Snow earned his net worth through his many years in the NBA playing for teams like the Seattle SuperSonics, Philadelphia 76ers and the Cleveland Cavaliers. During his NBA career, Eric Snow earned just over $50 million in salary alone. Snow began playing professionally in 1995 when he was drafted by the Milwaukee Bucks, but then was immediately traded to the Seattle Supersonics. He played point guard for Seattle for 2.5 seasons and was then traded to the Philadelphia 76ers. Snow's talents help take the team all the way to the 2001 NBA Finals. In 2004 Sow was traded to the Cleveland Cavaliers where he started almost every game. In 2007, he was replaced by Daniel Gibson in the starting lineup and for his 13th season, Snow only played in 22 games and started in just 5. Snow had to sit out four to six weeks because of problems with his left knee, which may have been due to arthritis. He became captain of the Cleveland Cavaliers for the 2007-2008 season. Snow eventually injured his knee and suffered from torn cartilage making him unable to return to basketball. Although he was still listed as a player, he became assistant coach for the Cavaliers and an analyst for NBA-TV. On April 4, 2009, his retirement became official and he was no longer employed by the Cleveland Cavaliers.

Eric Snow was born in Canton, Ohio in 1973. His older brother is the former linebacker, Percy Snow. Eric attended Canton McKinley High School, where he began his basketball career and was named MVP for three consecutive seasons. He also played basketball for Michigan State University. His team went on to rank as #3 seed to play in the NCAA Tournament, but was beaten by Weber State University. Snow is the ex-husband of Deshawn Snow, who was a cast member on the Real Housewives of Atlanta. Eric Snow was presented with the NBA Sportsmanship Award for the 1999-2000 season and the J. Walter Kennedy Citizenship Award from the Professional Basketball Writer's Association in 2005. He is also the founder of the "Shoot For The Moon Foundation," which is focused on helping families and the communities in the Northeast area of Ohio.