Eric Gordon Net Worth and salary: Eric Gordon is an American professional basketball player who has a net worth of $14 million. Eric Gordon was born in Indianapolis, Indiana in December 1988. Gordon is a 6'4″ shooting guard. He played for North Central High School and was named Mr. Basketball of Indiana.

Gordon was involved in a recruiting battle between Indian University and the University of Illinois but chose to play for Indiana where he was Big Ten Freshman of the Year and was selected to the All-Big Ten Freshman team and was a Third-team All-American and First-team All-Big Ten. Gordon was drafted #7 by the Los Angeles Clippers in the 2008 NBA Draft. He played for the Clippers from 2008 to 2011 and was named to the NBA All-Rookie Second Team. In 2011 Gordon was traded to the New Orleans Hornets/Pelicans. In 2012 he signed a four year deal with the Hornets worth $58 million. Gordon also competes for the United States in international competition and won a Gold medal at the 2010 FIBA World Championships. 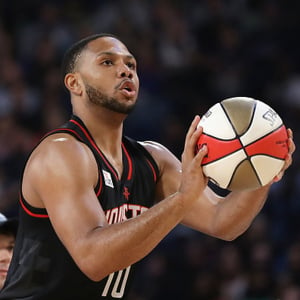