Elena Delle Donne net worth: Elena Delle Donne is an American professional basketball player who has a net worth of $400 thousand. Elena Delle Donne was born in Wilmington, Delaware in September 1989. She is a 6'5″ guard and forward who won three straight Delaware State Championships and was the #1 overall high school recruit at Ursuline Academy High School.

Delle Donne played her college basketball for Delaware where she was named the CAA Player of the Year and Rookie of the Year as a freshman, and led the nation in scoring as a junior. Elena Delle Donne was drafted #2 by the Chicago Sky in the 2013 WNBA Draft and has played in Chicago since 2013. She was named the WNBA Rookie of the Year and selected to the All-WNBA Second Team in 2013. Delle Donne has been a WNBA All-Star in each of her first three seasons and was named WNBA MVP in 2015. She has also competed for the United States in international competition, winning a Gold Medal at the 2011 World University Games. 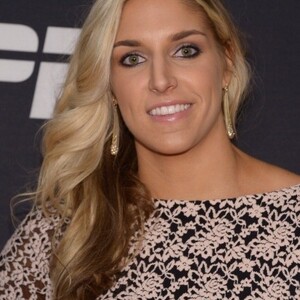