Eddy Curry Net Worth: Eddy Curry is a retired American professional basketball player who has a net worth of $3 million. During his NBA career, which started in 2001, Eddy played for the Chicago Bulls, New York Knicks, Minnesota Timberwolves, Miami Heat and the Dallas Mavericks in his final season, 2012-2013. He then played some years overseas for teams like the Zhejiang Golden Bulls of the Chinese Basketball Association.

Eddy Curry was born Eddy Antony Curry Jr. on December 5, 1982 in Harvey Illinois. Even though he initially aspired to become gymnast. He first started playing basketball, reluctantly, in seventh grade. Eddy recognized basketball as his true calling after he led his high school team to second place at the IHSA State Playoffs in 2001. That same year he was drafted by the Chicago Bulls directly out of Thornwood High School in South Holland, Illinois.

The Bulls selected Eddy as the fourth overall pick in the 2001 NBA Draft. He remained with the team until 2005. He played for the New York Knicks from 2005 to 2011. He played one game for the Minnesota Timberwolves before moving on to the Miami Heat as a free agent in 2011. He was a member of the Heat's 2012 championship team. He spent part of the 2012-2013 season with the Dallas Mavericks and then joined the Zhejiang Golden Bulls. He played for the Zhuhaui Wolf Warriors for the 2018 – 2019 season.

Off the court, Eddy Curry is a married man and father of seven. His current wife Patrice Curry was a cast member on the VH1 reality series Basketball Wives LA. In 2009, Curry's ex-girlfriend and their 10-month old daughter were murdered. They were murdered by the lawyer who had actually negotiated the child support payments Eddy would pay to support Nova on their children. Their other child together was three years old at the time and witnessed the murders.

Financial Problems: Despite earning over $70 million in salary alone during his playing days, it has been reported that Eddy Curry has gone through some very difficult financial times. In 2008, Curry was allegedly so desperate for money that he asked the Knicks to advance him $8 million of his $9 million salary. The Knicks advanced $2 million.

In 2009 he faced foreclosure on his Chicago home after falling more than $217,000 behind on his mortgage payments. He has been sued multiple times over non-payment. For example he was sued by Jacob the Jeweler after failing to pay for $450,000 worth of jewelry. This debt was eventually resolved.

Eddy would later reveal that he had to sue his own former agent for squandering large portions of his net worth. The former agent allegedly had a rubber stamp made that allowed him to take out loans in Eddy's name. He was so brazen that in one instance alone he borrowed $500,000 under Eddy's name at an 85% interest rate. Eddy was forced to pay $2 million to cover this loan's principal and interest.

And in yet another incredibly unfortunately circumstance, Eddy at one point asked a friend to mail his life insurance policy. The friend allegedly opened the envelope and added his own name as a benefactor so when Eddy dies, the friend gets 10% of the policy. 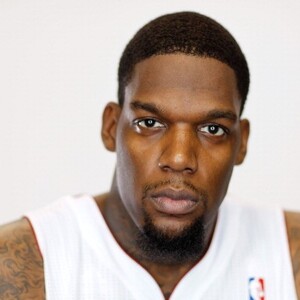