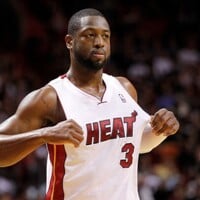 What is Dwyane Wade's net worth and salary?

Dwyane Wade is an American professional basketball player who has a net worth of $170 million. After making a name for himself playing basketball in high school, where he set school records in scoring and steals, Dwyane Wade seemed like a perfect candidate for college recruitment.  Unfortunately, his grades were not half as successful as his basketball skills, and only three schools were interested in recruiting him.  He chose to attend Marquette University, and spent his freshman year on the bench while he got his academic life under control.  Once he was back on the court his sophomore year, it was obvious he was destined for bigger things. Dwyane Wade went on to enjoy a highly successful NBA career, earning $198 million in salary alone. He also earned tens of millions of additional income through endorsements, primarily shoe contracts.

As we mentioned moments ago, Dwyane earned $198 million in salary alone during his time in the NBA. In his rookie year he earned $2.6 million. After signing a large contract extension ahead of the 2007-2008 season, his salary jumped to $13 million per year. His peak season was 20016-2017, when he earned $23.2 million from the Chicago Bulls.

Dwyane Wade's first shoe deal was with Converse. The six-year deal paid $400,000 per year. That was relatively measly money compared to the $21 million six-year deal that Carmelo Anthony signed around the same time. It was pennies compared to the $90 million seven-year deal that LeBron signed, which worked out to $12.8 million per year. During this period, LeBron earned Dwyane's entire annual shoe salary in 11 days. By 2006, The Converse Wade 1 was a huge global success, selling more than a million pairs. In 2009 Wade switched from Converse to Nike's Jordan brand. With Nike, Dwyane earned $5 million per year in his early years, ultimately rising to as much as $10 million after milestone bonuses. In 2012, Dwyane signed a 10-year, $60 million contract with Chinese brand Li-Ning. He eventually signed a life-time deal with Li-Ning that included an equity stake in the company. 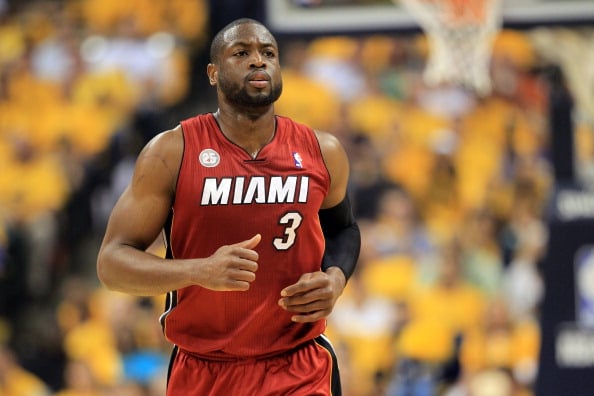 Dwyane Wade was born in Chicago, Illinois on January 17, 1982. The second child to JoLinda and Dwayne Wade Sr., he gets the unique spelling of his name "Dwyane" due to a typo on his birth certificate which his parents kept. His parents split when Wade was just four months old. His mother JoLinda had two children from a previous relationship when she married Dwyane's father, and she was initially given full custody of all four children. Growing up on the south side of Chicago, Wade has described his childhood as difficult. His mom struggled with drug addiction and was in and out of jail throughout Dwyane's childhood. He eventually went to live with his father and stepmother and would only see his mother every two years after the family moved to Robbins, Illinois.

Dwyane Wade played basketball all through his high school years at Harold L. Richards High School in Oak Law, first with intention of avoiding drugs and gang life. He idolized Michael Jordan. His stepbrother was also a basketball player, and was considered the more skillful player for many years. Wade was often overshadowed, even though he was very committed to playing. It was not until he sprouted four inches before his junior year that he began to make a name for himself. 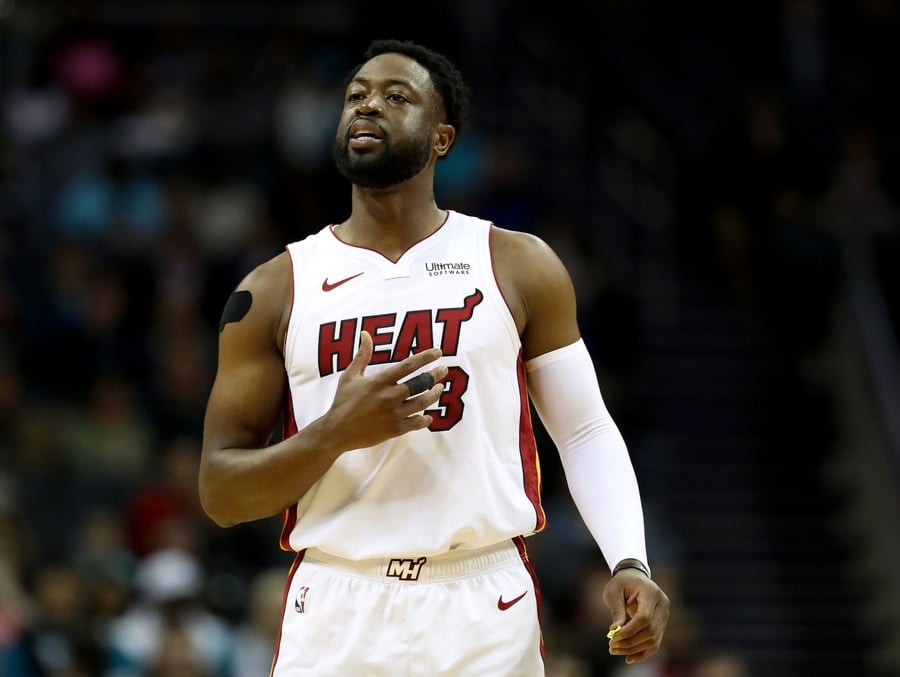 Though he led his team to a stellar year, his college choices were limited, as his grades were poor. He was recruited only by Marquette, Illinois State, and DePaul, due to his academic performance. He ultimately chose to attend Marquette University, where he led the team to their first Final Four appearance in 25 years. He was subsequently named to the All-American First Team. He was drafted by the Miami Heat in 2003, and chose to leave Marquette during his senior year. Normally, the university would have required that a student complete graduation before retiring a jersey but they made an exception and Wade retired his on February 3, 2007.

Wade would go on to excel as a member of the Heat. With the Miami Heat, Wade won three NBA championships in 2006, 2012, and 2013. From 2016 to 2017 Wade played for the Chicago Bulls and in 2017 he joined the Cleveland Cavaliers. In February 2018, the Cavaliers overhauled their roster traded Wade back to Miami Heat. After a successful season (even passing Larry Bird for 10th on the NBA's career postseason score list), Wade announced his retirement after the 2018-2019 season. He played his last home game in Miami on April 9th, 2019. On January 7, 2020, the Heat announced they would retire Wade's No. 3 jersey on February 22, 2020.

He also led the U.S. team to a Gold Medal in Beijing in 2008. He was expected to play in the 2012 Olympics as well, but was unable to participate due to a knee injury. 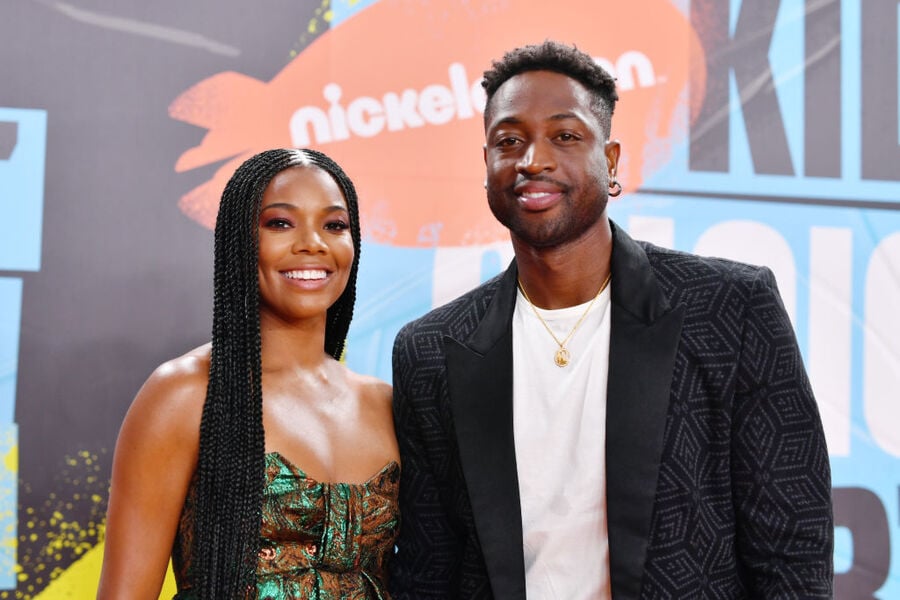 As Wade's basketball career blossomed, his mother JoLinda vowed to turn her life around. She says she has been clean since 2003.

Wade was married to high school sweetheart Siohvaughn Funches from 2002-2007. They had two children together, whom Wade was granted sole custody of after their divorce was finalized in 2010. Wade began dating actress Gabrielle Union in 2008, and they broke up briefly in 2013. During that time, Wade conceived a son with Aja Metoyer. Wade and Union reconciled and became engaged in 2013. They were married on August 30th, 2014. Wade became a father for the fourth time on November 7, 2018 when he and Union had a daughter who was born via surrogate. Wade also raises his nephew, the son of his sister Deanna. In 2020, Wade's 12-year-old came out as a transgender girl and changed her name to Zaya, which Wade has expressed full support for.

Wade is also involved with many charities. He founded The Wade's World Foundation in 2003, which supports community organizations that promote education, skills, and health for at-risk children. He is involved with many outreach programs in Chicago and South Florida. In 2008, Dwyane purchased a home, furnishings, clothing, and gifts for the family of a South Florida woman whose house had accidentally been burned down by her nephew. In addition to other random acts of charity, he paid $25,000 in September 2009 in order to keep the Robbins, Illinois library from having to shut down.

Wade is known for visiting sick children, and is an Ambassador for Hoops for St. Jude's Children's Research Hospital.

In February 2020, Dwyane and Gabrielle paid $20 million for a massive mansion in Hidden Hills, California. The home, which is 22,000 square-feet, has three floors, home theater, poolside cabana, infinity pool and 12-car garage equipped with an automatic turntable for easy vehicle access. Their previous home, which they still own, is a $6 million mansion in Sherman Oaks, which they bought in 2018. The couple also continue to own a waterfront Miami mansion that Dwyane bought when he was on The Heat in 2010 for $10.7 million. They listed this house for sale in 2019 for $32.5 million, eventually reducing the price to $29 million but still no takers as of this writing.