What is Dwight Howard's Net Worth and Salary?

Dwight Howard is an American professional basketball player who has a net worth of $140 million. Howard is one of the most decorated players in NBA history, and he has certainly made a name for himself over the course of his career. He is best known for his career with the Orlando Magic, although he later played for the Lakers and a number of other teams.

Dwight Howard was born on December 8th of 1985 in Atlanta, Georgia. Both of his parents are intimately involved in basketball in some way or another. Raised as a devout Christian, Dwight was an avid basketball player from an early age. During his high school years, he played as a power forward and amassed an impressive record. Eventually, he was recognized as the best high school basketball player in the country, and he seemed destined for a career in the NBA.

Because Howard was such a promising young star during his high school years, he skipped college and went straight to the NBA. He was selected by the Orlando Magic in 2004 and joined a squad that was badly in need of inspiration. Howard was exactly what they had been looking for, and he rarely missed a game during his debut season. At the end of the year, he made the All-Rookie Team.

Dwight improved in his second season, packing on an extra 20 pounds of muscle and becoming a more dominant force on the court. However, the Magic struggled and failed to make the playoffs. However, he became the de facto leader of the Magic next season and led them to the playoffs, although they were easily demolished by Detroit in the first round.

In 2008, Howard won the slam dunk contest and met the Detroit Pistons once again in the second round of the playoffs. The Magic were defeated for a second time. In the 2008-2009 season, Howard injured his knee and had to miss a game for the first time, having previously played over 350 consecutive games since the start of his NBA career. When he returned, the Magic had one of their most promising seasons in years, reaching the NBA Finals – only to lose to the Lakers.

Dwight continued to improve over the next few seasons, setting numerous personal records and becoming a more integral part of the Magic. During the 2011-2012 season, Howard had reached the end of his patience with the team, however, and he demanded a trade. He publicly stated that he didn't think Orlando had what it took to be a legitimate title contender. Despite this, he eventually committed to another season before circumstances changed and he was traded to the Lakers.

When he joined the Lakers, Dwight was still recovering from a nasty back injury, forcing him to take it slow. This became a strong theme throughout his time with the Lakers, and he continued to exhibit a sense of hesitance throughout his play. Eventually, he was booed by fans and became a free agent in 2013. That year, he signed with the Houston Rockets.

During his career with the Rockets, Dwight teamed up well with James Harden. In his first season at Houston, Howard was eliminated in the first round of the playoffs. Next season, his injury troubles started again, and he missed a month of games because of knee issues.

In 2016, he decided to move again – this time to the Atlanta Hawks. He spent one season there before moving to the Charlotte Hornets. Once again, this would prove to last only one season, and in 2018 he found himself playing for the Wizards. In 2019, he rejoined the LA Lakers and played during the 2019-2020 season. 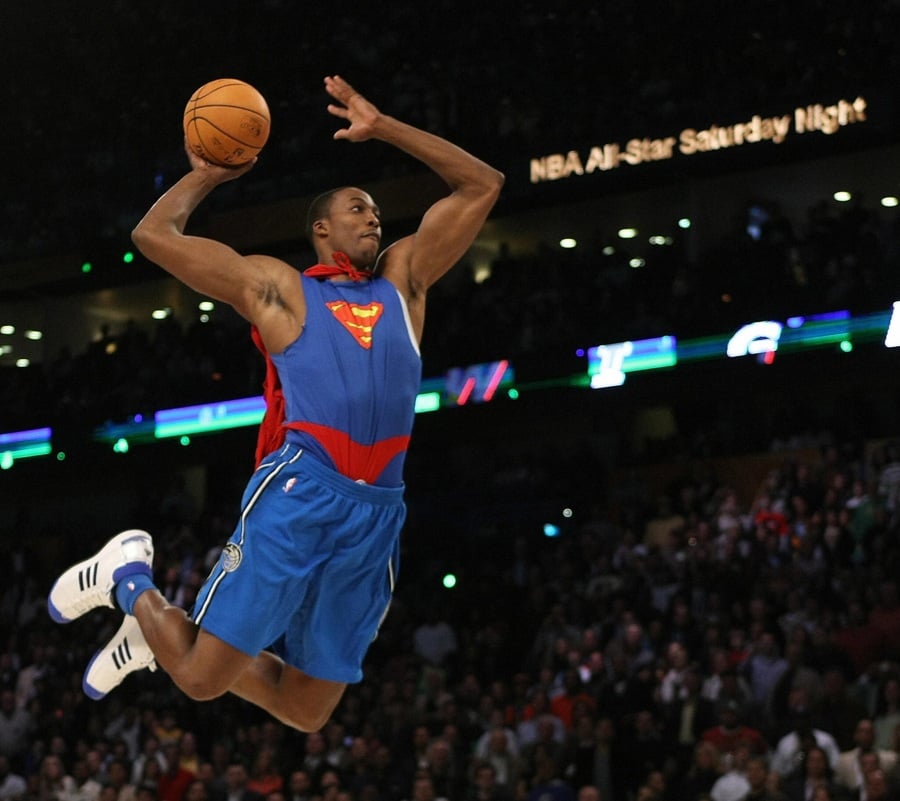 (TIMOTHY A. CLARY/AFP via Getty Images)

Dwight Howard has had five different children with five different women. In 2010, he brought forward a defamation suit against one of his children's mothers, Royce Reed. It was determined that Reed had violated a court order document that prohibited her from mentioning Howard in the media.

Not only did she make disparaging comments about Dwight on Twitter, but she also made her relationship to him widely known after appearing on the reality TV show Basketball Wives. As a result, Reed was fined $500 for each time she mentioned Howard in public.

Further trouble came in 2014 when child abuse allegations were leveled against Howard. An investigation determined that Dwight had beat his son with a belt. He later claimed that he wasn't aware that this was wrong since that was how he was disciplined as a child. Eventually, all charges against Howard were dropped. 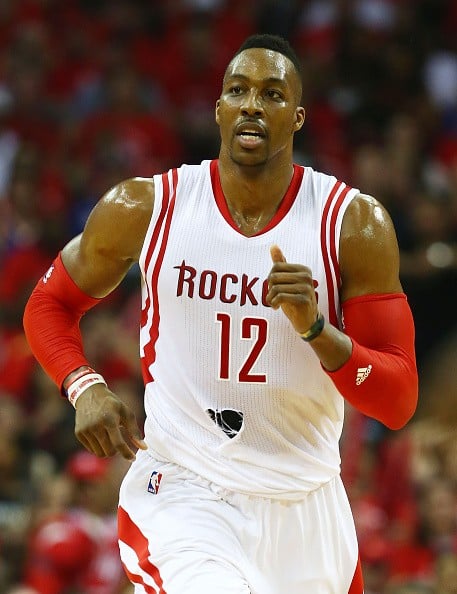 When you include endorsements and salary, Dwight Howard makes over $30 million per year. In 2013, he was offered a five-year, $118 million contract by the Lakers, although he later signed with the Houston Rockets instead. In 2016, he refused a $23 million contract with the Houston Rockets, instead becoming a free agent and moving to the Atlanta Hawks. The Hawks offered Dwight a $70 million contract with a base salary of $23 million. In 2018, it was reported that he had earned more than $190 million in salary alone over the course of his career.

In 2019, Dwight Howard agreed to surrender $2.6 million of his guaranteed $5.6 million salary in order to secure a buyout. This put Howard in a position where he could sign with the Lakers. Not long afterward, the Lakers offered him a unique contract that would pay him $14,490 each day he was officially on the Lakers' roster. This was obviously an effort by the Lakers to mitigate the risk of injury to their investment. In addition, the contract stipulated that the Lakers would only be on the hook for $6,000 if Howard became injured before the season began. 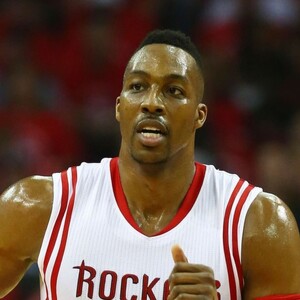