What is Draymond Green's Net Worth and Salary?

Draymond Green is an American professional basketball player who has a net worth of $60 million. An established NBA power forward, Draymond is a three-time NBA champion. He is also the recipient of the Defensive Player of the Year award, and he's a three-time NBA All-Star. Beginning his basketball journey with Michigan State, Green was then drafted by the Golden State Warriors after showing his potential with the Spartans.

As the years went by, Draymond proved to be an important part of the Warriors' success, contributing to their championship victories in 2015, 2017, and 2018. As an undersized center, Green has been praised for his ability to play and defend from multiple positions, his playmaking skills, and his spacing on the floor. In 2014, Draymond donated $3.1 million to Michigan State University, which is the largest donation ever made by an athlete in the school's history. The money went towards building a new athletics facility and the creation of new scholarships.

Draymond Jamal Green Sr. was born on March 4th of 1990 in Saginaw, Michigan. During his high school years, Draymond started playing basketball competitively for the first time. He led his high school to a Class A State Championship and a 26-1 record. By his senior year, he was intent on playing for Michigan State, and he achieved this goal. Green achieved a number of important achievements for Michigan State over four years of college basketball, and he is one of only three players in Michigan State history to score over 1,000 points and 1,000 rebounds.

In 2012, Draymond Green was selected as the 35th overall pick by the Golden State Warriors in the NBA Draft. After signing a seven-figure contract with the Warriors, Green gradually began to experience more playing time. As other players became injured, Draymond had his chance to shine. By the end of the season, he was averaging about 20 minutes per game. Green's increased involvement seemed to correlate with better results for the team, and by the end of the season, he was starting games for Golden State.

After losing pounds in the off-season, Green started 2013 with notably better performances, especially in regards to three-point shooting and defense. Late in 2013, Green was ejected from a game after committing a foul against Blake Griffin, and he was later fined for $15,000 for "not leaving the court in a timely manner." He finished the season with a number of career-high records and was praised for his tough defense.

During the 2014-2015 season, Green was officially promoted to the starting lineup after David Lee became injured. Although the Warriors started slow that season, they later went on a 16-game winning streak as Green played an increasingly central role in the team's dynamics. Because of his strong performances, Draymond became the runner-up for two awards at the end of the season: Defensive Player of the Year and Most Improved Player. The Warriors also won the NBA Championship that year. 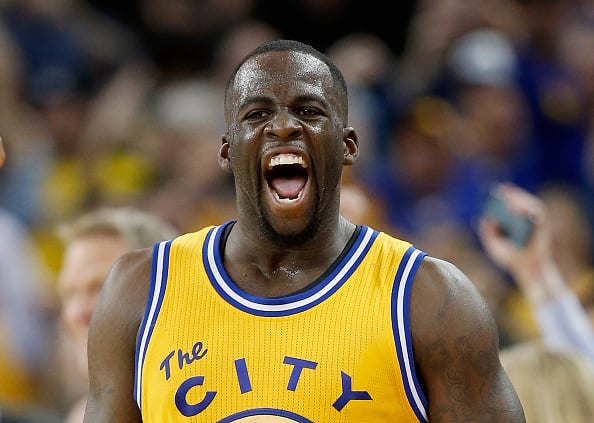 After signing a new contract with the Warriors in 2015, Green once again played an important role in the team as the team started the season with another string of strong results. One particularly noteworthy moment came when Draymond recorded 24 points, 11 rebounds, 8 assists, 5 steals, and 5 blocks in under 50 minutes of play against the Boston Celtics. He then became the first NBA player in history to record 1,000 points, 500 rebounds, 500 assists, 100 steals, and 100 blocks in a single season.

Next season, he was selected for the 2017 NBA All-Star Game. The Warriors also became the first team in history to go 12-0 in the playoffs before winning another championship title. This time, Green succeeded in winning the NBA Defensive Player of the Year Award. Next year, the Warriors claimed the NBA championship once again. After being suspended for arguing with Kevin Durant at the beginning of the 2018-2019 season, Green recorded another strong season – although the Warriors lost to Toronto in the NBA Finals. In 2020, he was fined $50,000 after commenting on the league's anti-tampering rules. He later mocked the fine on Twitter.

As a result of his relationship with his ex-girlfriend Jelissa Hardy, Green has one child. He then became engaged to Hazel Renee, an actress. Hazel and Draymond have two children together.

In August of 2020, Draymond paid $9.6 million for a large mansion in LA's Brentwood neighborhood. The home is not far from properties owned by fellow NBA stars such as LeBron James and Blake Griffin. Features include marble floors, Italian marble countertops, bronze chandeliers, and European oak hardwood floor linings. Green's backyard features almost half an acre of space, which includes a pool, an outdoor fireplace, and a covered loggia. Here's a video tour of the incredible property, which was built in 2019 after Draymond tore down a previous structure:

In addition, Draymond owns a $7-million penthouse in San Francisco. The residence features four bedrooms and incredible views of the city. In 2012, Green famously chose to live in an apartment in Emeryville, California rather than San Francisco. He stated that San Francisco housing prices were unrealistically expensive and that it didn't fit with his principles of living a relatively modest life.

In 2016, Draymond was arrested for assault in Michigan. He had allegedly bumped into defensive back Jermaine Edmonson at a bar, which resulted in two of Green's associates to allegedly choke Edmonson and his girlfriend. The next night, the pair had another confrontation at another establishment in Michigan, where Green allegedly assaulted Edmonson. He was arrested after this incident, and officers reported that he had a blood-alcohol level of .10. Draymond later apologized to Edmonson and was released on a $200 bail. 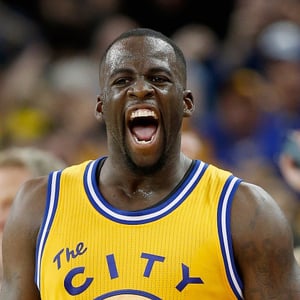