Doug Collins net worth: Doug Collins is an American former professional basketball player and coach who has a net worth of $5 million. Doug Collins was born in Christopher, Illinois in July 1951. He was a 6'6″ shooting guard and small forward who played at Benton High School. Collins played his college basketball at Illinois State where he was a Consensus first-team All-American in 1973.

He was drafted by the Denver Nuggets in the American Basketball Association and in the 1973 supplementary draft by the New York Nets. He was then drafted #1 overall by the Philadelphia 76ers in the 1973 NBA Draft. Collins played his entire career in Philadelphia from 1973 to 1981. During his career he was a four time NBA All-Star. His first head coaching job came from 1986 to 1989 with the Chicago Bulls. Collins coached the Detroit Pistons from 1995 to 1998, the Washington Wizards from 2001 to 2003, and the Philadelphia 76ers from 2010 to 2013. In 1997 he was an NBA All-Star Game Coach. Collins represented the United States and won a Silver medal at the 1972 Summer Olympics. He has also worked as a basketball broadcaster for ESPN and ABC. 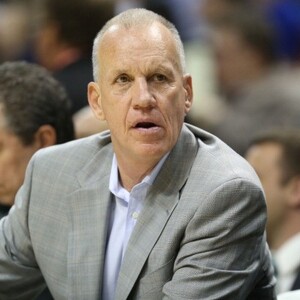