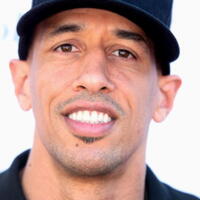 Doug Christie net worth and salary: Doug Christie is a retired American basketball player who has net worth of $20 million. Doug Christie was selected 17th overall in the 1992 NBA draft and started his NBA career being kept mostly on the sidelines. Although he was selected by the Sonics, Christine never played for that team, due to contract difficulties. He was traded to the Los Angeles Lakers – but the team did not use Christie to his full potential. Christie then went off to the New York Knicks – again, he didn't get his time to shine. This was unfortunate, as he turned out to be one of the best defenders in the league. Once again Christine was traded, this time to Toronto Raptors in 1996. Christie's time with the Raptors was considerably longer than the Lakers and the Knicks. Christie's luck finally changed: he picked up his scoring and became a regular Raptors player. Christie eventually moved on to Sacramento Kings. Over time Christie became the Kings' popular starting shooting guard and emerged as one of the league's best defenders. He was also noted for being one of the best three point shooters during this time. In 2005, Christie was involved in another trade, this time with the Orlando Magic. Christie made no secret that he was unhappy with the trade and this led to him playing a few games then eventually side-lined. Christie's ankle injury led to Orlando releasing him from the contact. Within no time, Christie signed to Dallas Mavericks. However his time with the team was short-lived due to complications of his left ankle. His short stay with the Mavericks led to speculations of his early retirement. Christie made a comeback with, signing a ten-day contact with Los Angeles Clippers – but on the second day of the contact, he decided to part ways with the team, announcing his retirement from the game.