Donovan Mitchell was born in Elmsford, New York in September 1996. He is a 6'1″ shooting guard who played at Canterbury School and Brewster Academy. Mitchell played his college basketball for Louisville where he was named first-team All-ACC in 2017. He was drafted #13 overall by the Denver Nuggets in the 2017 NBA Draft and traded to the Utah Jazz. Donovan Mitchell was the NBA Slam Dunk Contest champion in 2018 and made the NBA All-Rookie First Team the same year. He was an NBA All-Star in 2020. He signed a multi-year shoe deal with Adidas in 2017. During his first three NBA seasons Donovan Mitchell averaged 22.7 points per game, 4.1 rebounds per game, and 4.0 assists per game with 1.3 steals per game.

Contracts and Earnings: In his first three season in the NBA, Donovan earned a little over $9 million in salary. In November 2020 he signed a five-year $163 million contract extension with the Utah Jazz. The contract could be worth as much as $195.6 million depending on performance milestones. 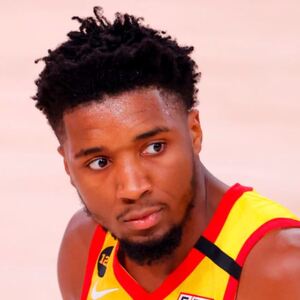