Dominique Wilkins net worth: Dominique Wilkins is a retired American professional basketball player who has a net worth of $16 million. Dominique is best-known for playing 11 seasons with the NBA's Atlanta Hawks. A nine-time NBA All-Star, he is considered one of the greatest dunkers in the history of the NBA. Beyond the Hawks, Wilkins also played briefly for the Los Angeles Clippers, Boston Celtics, San Antonio Spurs, and Orlando Magic, as well as on professional teams in Greece and Italy.

His dunking ability earned him the nickname "The Human Highlight Film". Wilkins defeated Michael Jordan in the 1985 NBA Slam Dunk Contest. He also won the competition in 1990. Wilkins was induced into the Naismith Memorial Basketball Hall of Fame in 2006. After retiring he went on to serve as the Hawks' Vice President of Basketball, and worked as a color analyst. His business ventures include the Dominque Wilkins Basketball Academy, and even a private wine label.

Early Life and Career Beginnings: Dominique Wilkins was born in 1960 in Paris, France, where his father was stationed as an airman in the US Air Force. He and his family subsequently moved to Dallas, Texas and Baltimore, Maryland, before finally settling in Washington, North Carolina, where Wilkins went to Washington High School. There, in both 1978 and 1979, he became the MVP for the team's Class 3-A State Championships. Additionally, Wilkins starred in the McDonald's All-American Game, the Capital Classic, and the Kentucky Derby Festival.

In 1979, Wilkins enrolled at the University of Georgia; playing for the Bulldogs, he averaged 21.6 points per game, and was named SEC Men's Basketball Player of the Year in 1981. Following his junior year, Wilkins dropped out of college to pursue his professional career.

Start with the Atlanta Hawks: Although he was selected by the Utah Jazz in the 1982 NBA draft, Wilkins did not want to play in Utah. Consequently, the Jazz traded him to the Atlanta Hawks months later. Among his early achievements, Wilkins scored his first Slam-Dunk Championship at the NBA All-Star Weekend during the 1984-1985 season. He finished the season with a 27.4 scoring average, and led the NBA in field-goal attempts. However, it was during the 1985-1986 season that Wilkins truly exploded. He won the league scoring title with an average of 30.3 points a game, and notched his first of nine NBA All-Star titles. Even greater heights were reached in the 1987-1988 season, when Wilkins posted the highest scoring average of his career, with 30.7. Although his scoring average dropped the next season, he was named an All-Star for the fourth consecutive year, and shot a career-best .844 from the free-throw line. Thanks to the contributions of Wilkins, the Hawks recorded four straight 50-win seasons across the 1980s.

Atlanta Hawks in the 90s: More success for Wilkins came in the 1990-1991 season, when he averaged a career-best 9 rebounds and led the Hawks in scoring for the eighth consecutive year. Additionally, he made his sixth All-Star Game appearance, taking the East to a 116-114 victory over the West. Despite rupturing his Achilles tendon the following season, Wilkins was able to score the 20,000th point of his career, becoming only the 16th player to reach that mark. He fully recovered the next season, earning the NBA Comeback Player of the Year Award. In December of 1993, Wilkins set an NBA record for most free throws made in a game without a miss, sinking 23 shots against the Chicago Bulls. 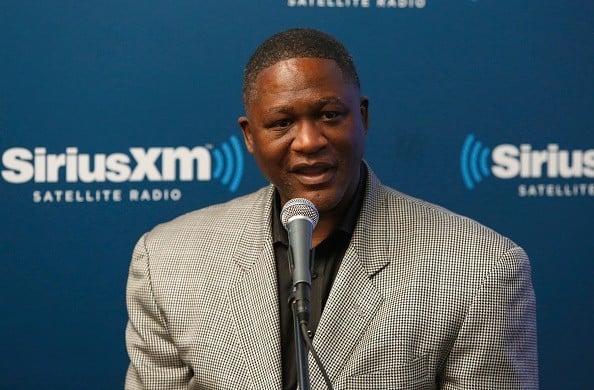 Clippers and Celtics: After a little over 11 years with the Hawks, Wilkins was traded to the Los Angeles Clippers in 1994. He would finish the season with a 26.0 scoring average, ranking fourth in the NBA. Following the end of the season, Wilkins became a free agent and signed with the Boston Celtics. Shortly afterward, he became part of what was known as "Dream Team II," and helped win the gold medal at the 1994 World Championship of Basketball.

Panathinaikos Athens: In 1995, dissatisfied with his place on the Celtics, Wilkins signed a two-year contract with the Greek League's Panathinaikos. Following a rocky start to the season, he began to flourish, averaging 20.1 points and 7.4 rebounds per game. Moreover, in 1996, he helped the team make it to the EuroLeague Final Four. He notched 35 points and 8 rebounds in the semifinal against CSKA, and made 16 points and 10 rebounds in the final against Barcelona. For his performances, Wilkins received the Final Four MVP award. Additionally, he helped Panathinaikos win the Greek Cup.

Later Playing: For the 1996-1997 season, Wilkins returned to the NBA and signed as a free agent with the San Antonio Spurs. The next season, he went back overseas to sign with the Italian League's Teamsystem Bologna. With that team, he averaged 17.8 points and 7.3 rebounds in 34 games. He also played 20 games in the FIBA EuroLeague season, averaging 17.9 points and 7 rebounds. In 1998, Wilkins returned to the NBA, playing his final career season with the Orlando Magic alongside his brother Gerald. Ultimately, Wilkins recorded 26,668 points and 7,169 rebounds across his NBA career.

Personal Life and Businesses: Wilkins married his first wife, Nicole Berry, in 1992; they divorced in 2003. Together, they had four children: Alysandra, Aiysha, Chloe, and Danielle. In 2006, Wilkins wed Robin Campbell, with whom he has a son, Jacob.

Wilkins has been involved with various business endeavors in his post-playing career. Since 2004, he has served as the Atlanta Hawks' Vice President of Basketball, working in a number of management functions. He is also a color analyst for Hawks games on "FSN South." In 2010, he partnered with 24 Hour Fitness to develop his Dominique Wilkins Basketball Academy, which conducted camps, clinics, and trainings in Pearl City, Hawaii. Later, he launched the Wilkins Private Reserve wine label.