Dion Waiters Net Worth: Dion Waiters is an American professional basketball player who has a net worth of $2 million. Dion Waiters was born in Philadelphia, Pennsylvania in December 1991. He played basketball at Life Center Academy for his junior and senior years in high school. He was ranked the 15th best overall recruit from ESPNU and was the #2 best shooting guard in the ESPN 100.

Waiters played at Syracuse University for two seasons. He was named the Big East Sixth Man of the Year and was part of the All-Big East Third Team in 2012. He was also named AP Honorable Mention All-American and selected to the All Big East Tournament Team. Waiters was drafted #4 by the Cleveland Cavaliers in the 2012 NBA Draft. He played in the NBA Rising Stars game in 2013. Waiters placed 5th in NBA Rookie of the Year voting and was selected to the NBA All-Rookie First Team in 2013. Dion recorded his first career double double in March 2014 when he scored 17 points and had 11 assists. In January 2015, Dion Waters was traded from the Cleveland Cavaliers to the Okahoma City Thunder. 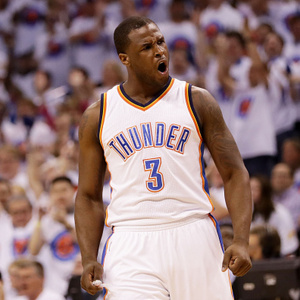