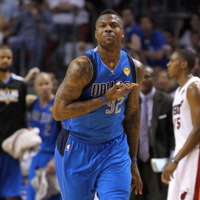 DeShawn Stevenson net worth: DeShawn Stevenson is an American professional basketball player who has a net worth of $10 million dollars. DeShawn Stevenson was born in Fresno, California, and had already caught the attention of multiple scouts by the time he graduated from Washington Union High School. He was set to play for the University of Kansas, but ultimately decided to enter the NBA directly out of high school. He signed with the Utah Jazz in 2000. He remained with the Utah Jazz for four years, becoming the youngest player in the history of the franchise to play and start for the team. He was then traded to the Orlando Magic, where he played solid ball for two and a half seasons. He then chose to sign a two-year deal with the Washington Wizards. He played very successfully for the Wizards from 2006-2010, including a stellar season in 2007. However, he began to struggle in 2008, and by 2010, his playing time had been noticeably reduced. He subsequently played one season for the Dallas Mavericks, one season for the New Jersey Nets, and one season for the Atlanta Hawks. He is currently without a team.