Derrick Rose net worth and salary: Derrick Rose is an American professional basketball player who has a net worth of $90 million. Rose stands 6 feet 3 inches tall and is a point guard. Derrick Rose currently earns the Veteran Minimum NBA salary of $2.1 million. At his peak, he earned $21 million playing for the Knicks. In a typical year he earns $12-15 million from endorsements, most notably an Adidas deal. In 2009, Derrick Rose was voted "Rookie of the Year", the youngest player to that point to ever earn that honor. His agent is former Bulls guard, B. J. Armstrong.

Early Life: Derrick Rose was born on October 4, 1988 and raised in Englewood Illinois, one of the most dangerous neighborhoods on Chicago's South Side. He was Brenda Rose's fourth son after Dwayne, Reggie and Allan, but the first in seven years. All three were talented basketball players who taught Rose the in and outs of basketball on nearby courts.

Career: By the time Rose enrolled at Simeon Career Academy in 2003, he was a hot commodity for collegiate coaches. Despite his reputation, he played freshman and JV basketball for the Wolverines. Entering his senior year, Rose was ranked the fifth-best prospect in the nation by Sports Illustrated. Rose then accepted a scholarship to play for the University of Memphis Tigers under John Calipari, who recruited him after seeing him play in an AAU game. Rose made the decision to go to Memphis due to the school's history of putting players in the NBA. While playing for Memphis, Rose earned high praise for his defense. He was named to the All-Final Four team after averaging 20.8 points, 6.5 rebounds, and 6.0 assists per game that season. In April that year, Rose announced he would forgo his final three seasons in Memphis in order to go out for the 2008 NBA draft.

In the 2008 draft, Rose was selected with the first overall pick by the Chicago Bulls. He was then selected to the U.S. Select Team to scrimmage against and prepare the National Team for the Olympics in Beijing. Rose became the first Bulls draftee to score 10 points or more in his first 10 games since Michael Jordan had achieved it. He repeatedly was awarded Rookie of the Month until he rose to Rookie of the Year, joining Michael Jordan and Elton Brand as the only Bulls to do so.

His sophomore season with the Bulls started off with an ankle injury and he went on to miss the rest of preseason. As his ankle improved, so did his game. He was elected to his first All-Star Game in January 2010. In May 2011, he was named the NBA Most Valuable Player, once again joining the ranks of Michael Jordan as the only players to receive the award in Chicago Bulls history. At 22 years old, he also made history as the youngest player to ever receive the award. In December 2011, he signed a five-year contract extension with the Bulls to the tune of $94.8 million. A torn ACL and subsequent surgery benched Rose for a year and he did not appear in a game during the 2012-2013 season. His final season with the Bulls was the 2015-2016 season. Rose was traded in 3016 to the New York Knicks. On April 2, 2017, Rose was ruled out for the rest of the season after tearing the meniscus in his left knee, which forced him into a fourth round of knee surgery in his nine-year career. A few months later, he signed with the Cleveland Cavaliers. One year later, he was acquired by the Utah Jazz in a three-team trade. Two days later, Rose was waived by the Jazz. He signed with the Minnesota Timberwolves in March 2018 and re-signed with them for the 2018-2019 season. Rose was ruled out of the spring season of 2019 with a right elbow injury. In July 2019, he signed with the Detroit Pistons and became the first player in Pistons history to record seven 20+point games in a row. 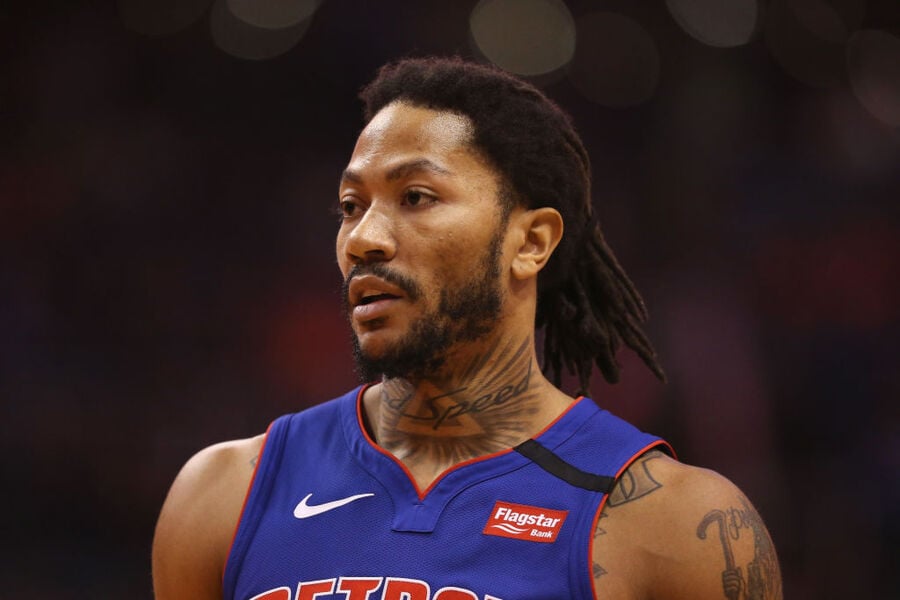 Endorsements and Deals: After being drafted by the Bulls in 2008, Rose signed a shoe deal with Adidas for $1 million per year. In 2012 he signed a deal with Adidas that ultimately could be worth $185 million. He has also signed deals with Wilson Sporting Goods, Skullcandy headphones, Powerade, Force Factor sports drinks and a suburban Chicago Nissan dealership.

Personal Life: Rose's girlfriend Meika Reese gave birth to their song Derrick Jr on October 9, 2012. Rose was involved in a federal civil lawsuit assessing whether he and two of his friends sexually assaulted a former girlfriend in August 2013. Rose's accuser, referred to anonymously as "Jane Doe," testified in court transcripts that Rose made her uncomfortable by asking her to perform sexual acts for him or to involve other people in their sex life and that he would sometimes get angry when she refused. During the trial, Rose expressed difficulty and uncertainty with the definition of the word "consent." He was found not liable by an eight-member jury in October 2016. An appeal to reopen the investigation in 2018 was denied. 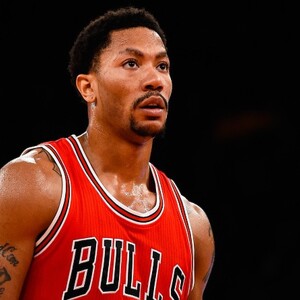