Derrick Coleman Net Worth and salary: Derrick Coleman is a retired American professional basketball player who has a net worth of $2 million. Born in 1967 in Mobile, Alabama, Derrick Coleman was a six-foot-ten power forward and center. He played college basketball in upstate New York at Syracuse University from 1986 until 1990 where he was the 1990 Big East Conference Player of the Year.

The New Jersey Jets took Coleman with the first overall pick during the 1990 NBA Draft. Coleman played in Jersey until 1995. He spent four seasons with the Philadelphia 76ers before playing with the Charlotte Hornets from 1999 until 2001, the 76ers again from 2001 until 2004, and the Detroit Pistons from 2004 until 2005. He earned NBA Rookie of the Year honors in 1991 and was an NBA All-Star three years later. Coleman was twice named to the All-NBA Third Team. He finished his career with 12,884 points, 7,232 rebounds, and 1,051 blocks. He was part of the Pacers-Pistons on-court brawl in November 2004. Coleman played for the U.S. men's national team, earning a gold medal at the 1994 World Championships held in Canada. After hanging up the jersey, Coleman lived in Franklin Lakes, New Jersey, and reportedly suffered from several financial problems, including the reported sale of items in his home and bankruptcy. Coleman earned $91 million in salary during his time in the NBA. In his bankruptcy filing, Coleman listed $4.7 million worth of debt and assets of just $1 million. He reportedly invested millions of dollars in real estate projects around Detroit just a few years before the worldwide economic crash. He also owned stakes in a Detroit hotel, a doughnut shop and a pizza place. He earns $90,000 annual pension from the NBA that can't be touched by bankruptcy. 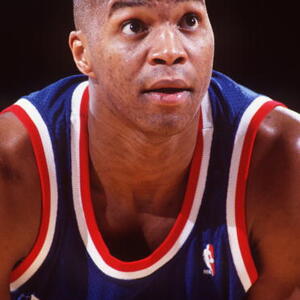