Dennis Scott net worth and salary: Dennis Scott is an American former professional basketball player who has a net worth of $12 million. Dennis Scott was born in Hagerstown, Maryland in September 1968. He was a 6'8″ small forward who played at Flint Hill Prep where he was named the Naismith Prep Player of the Year.

Scott played his college basketball for Georgia Tech. He was named ACC Rookie of the Year in 1988 and was ACC Player of the Year and first-team All-ACC in 1990. He was named Sporting News College Player of the Year and was a consensus second-team All-American in 1990 as well. Dennis Scott was drafted #4 overall by the Orlando Magic in the 1990 NBA Draft. He played for the Magic from 1990 to 1997 and for the Dallas Mavericks from 1997 to 1998. Scott played for the Phoenix Suns in 1998 and the New York Knicks and Minnesota Timberwolves in 1999. From 1999 to 2000 he played for the Vancouver Grizzlies. He was named to the NBA All-Rookie First Team in 1991. He later was the general manager of the American Basketball Association's Atlanta Vision and has worked for NBA TV. During his career Dennis earned a little over $25 million in salary alone. 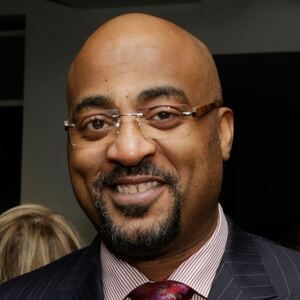