What is Dennis Rodman's net worth, career earnings and salary?

Dennis Rodman is a retired American professional basketball player, actor and political diplomat who has a net worth of $500 thousand dollars. He is probably best-known as an athlete for his time with the Pistons in the late 1980s and the Bulls in the 1990s. More recently he has served in a semi-diplomatic capacity between the US and North Korea.

Dennis Rodman was born on May 13, 1961 in Trenton, New Jersey. Rodman is believed to be the oldest of his father's 47 children. That is not a typo. And if that's not crazy enough, Dennis' dad was ironically named Philander. Rodman was raised in Dallas by his mother, Shirley, who took up many odd jobs to support the family after his father left them and settled in the Phillippines. He did not see his father again until 2012. After Rodman graduated from South Oak Cliff High School, he worked as an overnight janitor at Dallas Forth Worth International Airport. At the time he measured only 5 ft 6 and had not been able to join his high school's sports teams. However, after an astonishing growth spurt, he grew to 6 foot 7 and decided to try basketball again. He played at Cooke County College for one semester, but flunked out due to poor academic performance. He then transferred to Southeastern Oklahoma State University where he performed well and won Most Valuable Player honors.

During his stint in college, Rodman earned the attention of the Detroit Pistons. Dennis entered the NBA draft in 1986 and was the 3rd pick of the second round by the Detroit Pistons. He played for the Pistons until 1993 then spent time with The San Antonio Spurs, Chicago Bulls, Los Angeles Lakers and Dallas Mavericks. He was released from the Chicago Bulls in 2000, thus marking the end of his basketball career.

Dennis Rodman, nicknamed "The Worm", was known as much for his incredible rebounding ability and aggressive style, as for his flamboyant and controversial off-court behavior. He won five NBA championships, was a two time NBA all-star and a seven time (consecutively) NBA rebounding champion. He earned the NBA All-Defensive First Team honors seven times, and won the NBA Defensive Player Award twice. His Pistons jersey, number 10, was retired in April 2011. He was inducted into the Naismith Memorial Basketball Hall of fame the same year.

From 1997-1999 Rodman spent time as a professional wrestler in the WCW (World Championship Wrestling). It had always been a hobby of his, but after his retirement from basketball he took it more seriously. His first match was in July 1997 at a Bash at the Beach event. He teamed up with friend Hulk Hogan and they both lost to Lex Luger and The Giant. In August 1997 at the Road Wild event, Rodman and Hogan again teamed up to help Hogan clinch the WCW World Heavyweight Championship. He did a few more Bash the Beach Events before taking a break, returning to the WCW in 1999 and feuding with Randy Savage.

Following a competition at the i-Generation Superstars of Wrestling pay-per-view event and a loss to Curt Henning, Rodman retired from wrestling in July 2000. He briefly came out of retirement in 2008 to appear as a contestant on Hulk Hogan's Celebrity Championship Wrestling broadcast. He was the winner of the series after defeating other contestants such as Eric Esch and Dustin Diamond. 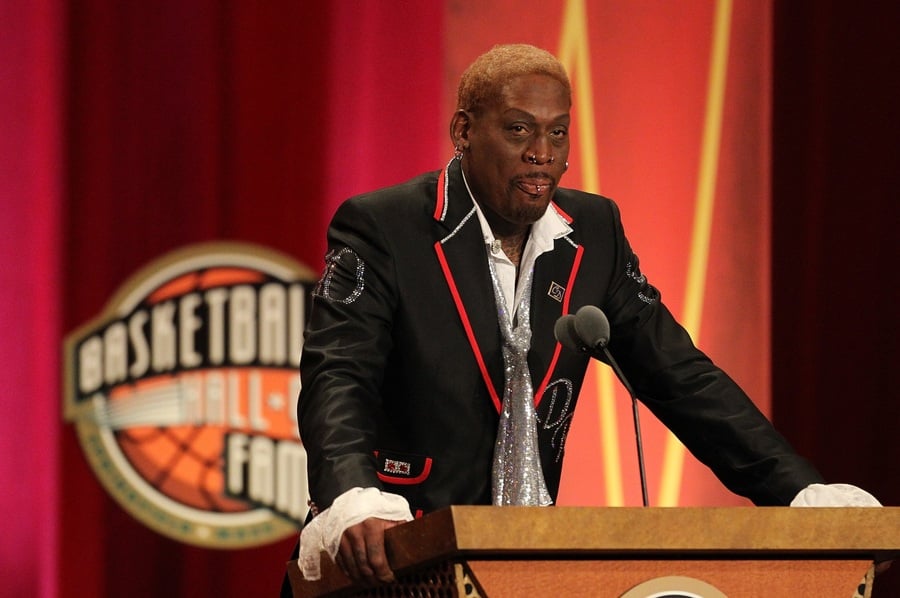 Rodman had his own MTV reality show in 1996, The Rodman World Tour. A year later, he appeared in his first feature film, action film Double Team alongside Mickey Rourke and Jean-Claude Van Damme. The film was panned and it earned him three Golden Rasberry Awards. He acted in two other films Simon Sez in 1999 and Cutaway in 2000. He has played himself in various television shows such as 3rd Rock from the Sun.

In 2005, he became the first ever man to pose naked for PETA. Rodman became Commissioner of the Lingerie Football League in 2005.He also appeared on the UK version of Celebrity Big Brother in 2006 and was in the UK reality show Love Island. He also appeared on the ABC show Celebrity Mole and won the grand prize of $222,000.  In 2009 and 2013 he was a contestant on Celebrity Apprentice.

In recent years, Rodman has become somewhat of an American diplomat to North Korea. He has made several trips to North Korea, the first being in 2013 to host a basketball exhibition. He has visited a few more times, defying travel bans. In June 2018, Rodman helped broker n historic peace summit between President Donald Trump and Kim Jong-un that took place in Singapore. In 2018, Rodman landed a sponsorship with a company called Pot Coin. During his trips to North Korea, he is constantly adorning Pot Coin shirts and hats.

Rodman was married to Annie Bakes and they divorced in the early 1990s. They had one daughter, Alexis, born in 1988. Rodman married Carmen Electra at the Little Chapel of the Flowers in Vegas in November 1998. Electra filed for divorce just four months later. Rodman married Michelle Moyer in 2003. They had a son and a daughter, Dennis Jr and Trinity. Both children are athletes, with Dennis Jr playing college basketball for Washington State in 2019 and his sister Trinity playing women's soccer for the Cougars in 2020. Michelle filed for divorce in 2004, but the couple spent many years trying to reconcile. Their marriage was dissolved in 2012.

Rodman has suffered from alcohol addiction issues. In 1999, he was arrested for drunk driving and ordered to pay $2,000 in fines. He was again arrested for drunk driving in April 2004. He entered a rehab center in Florida in May 2008. He relapsed in 2009 and refused to enter rehab again after an intervention from family and friends. He did agree to appear on the third season of Celebrity Rehab with Dr. Drew. He entered the Pasadena Recovery Center for a 21-day treatment. He then entered a sober-living facility in the Hollywood Hills. There he was reunited with his mother Shirley. They had been estranged for seven years. In January 2010, Rodman was kicked out of a Los Angeles restaurant for disturbing the peace. In January 2014, Rodman again entered rehab for alcohol abuse following a bender that his agent, Darren Prince, reported to be an extent that "none of us had seen before."

On March 27, 2012 Dennis Rodman appeared in court in Detroit to face charges that he owed over $800,000 in child support to an ex wife. Rodman's lawyers claimed that the former superstar was completely broke and could not pay a dime. Keep in mind that during his NBA career, Rodman earned just under $27 million in salary alone. He earned additional millions from endorsements, book sales, appearances fees and more. He also lost a small fortune in the form of fines and suspensions. After kicking a ref in the groin in 1997, Rodman was fined $200,000 AND suspended for 11 games. In total the incident cost him $1 million in earnings. 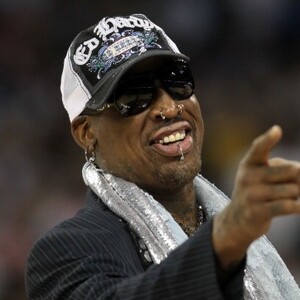